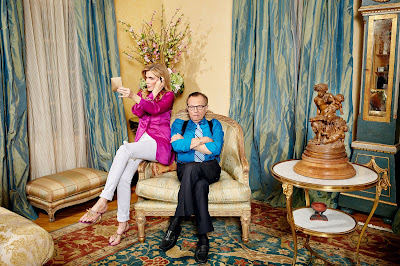 Why would a woman marry a man who's been married eight times before? How could she possibly believe that -- this time -- he will act differently?

Larry King was a talk-show host on CNN for several decades. The network pushed him out the door in 2010. Addicted to the camera's red-light, King is still doing a talk-show, only now it's online and nobody is watching.

The New York Times did an interesting profile on King last Sunday. They mention that he's been married eight times. To seven women. (He married one woman twice.) Only one of his marriages (the current one) lasted more than ten years. And even that one almost blew up when he tried to cheat on her with her sister. She forgave him 'cause he had prostate cancer.

King's ex-wives, who could fill up a living room, all say the same thing about him -- he's selfish, immature, a liar and unfaithful. In his defense, King says that he relishes the pursuit of women but gets bored once he's captured his prey. The ex-wives admit King was charming during their courtship but later lost interest.

If this situation isn't damning enough, King has the poor judgment to joke about it. King is 81 years old and obsessing over death, so the interviewer asked what King believed his funeral would be like. This is what he said: "I would like the ceremony to begin, 'Today we are honoring a 160-year-old man who was caught in bed by an irate husband. And the funeral is late because it took six days to wipe the smile off his face."

So let me pose the question again -- Why would a woman marry a man who's been married eight times before? If you were dating and a guy had been married (and divorced) five or six times, wouldn't that give you pause? 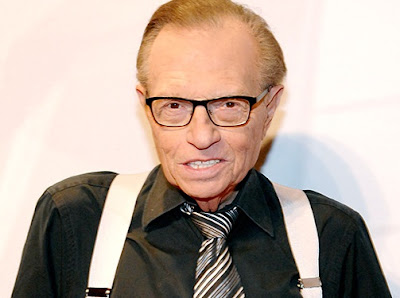