It's A Man's World

That's a ridiculous statement, isn't it?  And yet, when I was young, it was uttered without irony.  People said it and believed it. 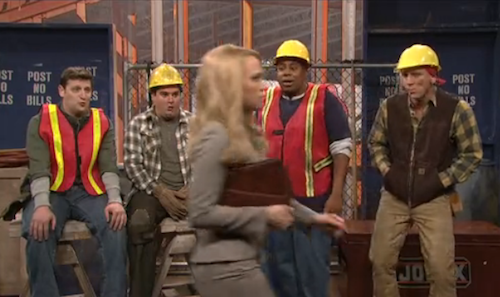 We still have gender-discrimination today -- but it's more subtle.  Less obvious than in the past.  Back then, one could say something extremely sexist and expect to get away with it.  Rarely was sexism challenged.  Today, a woman might object to rude remarks so men have learned to keep those beliefs hidden, trotted out only in the company of other prehistoric cavemen.

I was contemplating this societal development last week when I read an interesting article in The New York Times by critic A.O. Scott.  Noting that our culture is reflected in its entertainment, Scott observed a shift in male roles on television:

"TV characters are among the allegorical figures of our age, giving individual human shape to our collective anxieties and aspirations.... Tony [Soprano], Walter [White] and Don [Draper] are the last of the patriarchs.  In suggesting that patriarchy is dead, I am not claiming that sexism is finished, that men are obsolete or that the triumph of feminism is at hand.... In the world of politics, work and family, misogyny is a stubborn fact of life.  But in the universe of thoughts and words, there is more conviction and intelligence in the critique of male privilege than in its defense, which tends to be panicky and halfhearted when it is not obtuse and obnoxious.  The supremacy of men can no longer be taken as a reflection of natural order or settled custom."

It's easy to recall other common statements from the past.  I remember this one:

"It's nice to have a man in the house."  Why?  So he can sit on the couch and ignore the pile of dirty dishes while watching football?

To be sure, sexism hasn't disappeared.  Lately, women have been protesting street harassment which still exists.  Smart blog posts like this one ( Kiersten ) address the subject with serious concern.

How do you feel about sexism?  Do you believe it still exists? 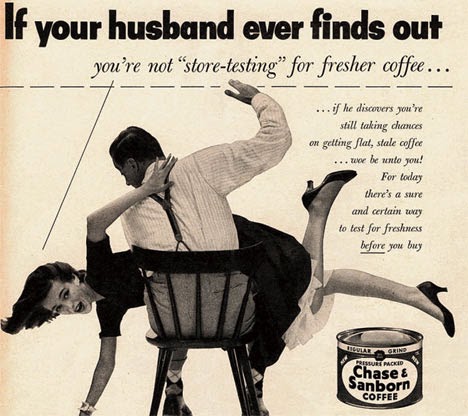