In The Company Of Women 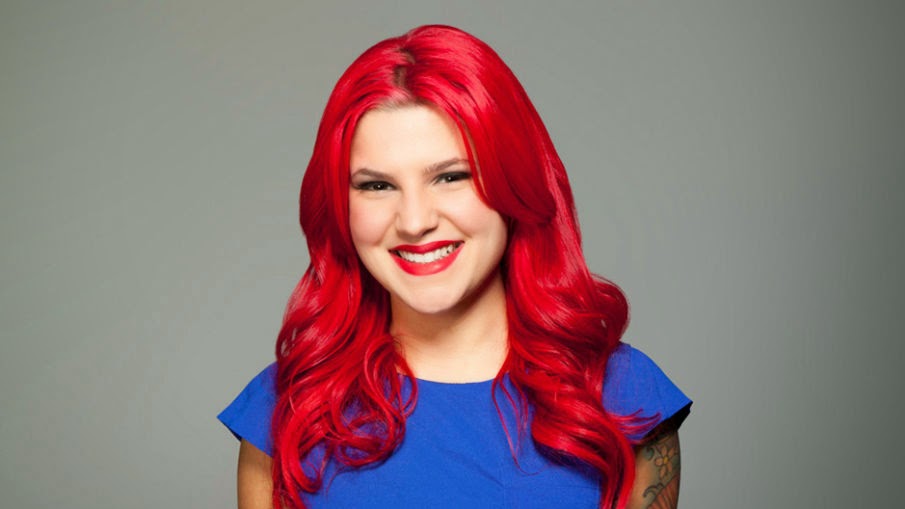 I saw a comedian perform tonight and it was a blast.

A new concert hall opened up in my town.  I noticed in a local newspaper that a young female comedian I know was performing there tonight.  I had nothing else to do, so I went.

The comedienne is Carly Aquilino, who was raised here on Long Island.  She started as a hairdresser to runway models.  Her natural comic talent was soon recognized and she was encouraged to try stand-up.  Less than a year after launching her act, she was given a spot on the TV show "Girl Code."  I love that show: it's a funny description of female culture.  Carly is my favorite person on the show.  She's the one with bright (artificially-) red hair.

When I arrived at the show tonight, I was startled to see that all 400 people in the crowd were women.  I was LITERALLY the only guy there.  I would have fit in better if I'd worn a dress.  And everyone was in their twenties.  Obviously Carly appeals to young women.

There were no women by themselves; they travelled either in pairs or in groups.  I, a guy in his fifties attending alone, could not have stuck out more.  I did admire many of the gals' beautiful outfits and some amazing makeup jobs.  Everyone was playing with their phones and taking selfies.

Carly was hilarious.  She really appeals to this crowd and has natural talent.  She joked about girlfriends, drinking, booty calls, baby showers, texting, sex, sexting and dating a black guy.  She knows how to work an audience and interacted well with the crowd.