For Halloween this year, I'm travelling halfway 'cross the country to attend a party given by my close friend Ashley.  It's a costume party and the theme is Dead Celebrities.

I gave that theme some thought.  I want to create a costume that's fun and interesting.  After days of pondering, I came up with my choice -- I'm going to dress up as The Best Actor Of All Time (Humphrey Bogart) as he appeared in His Masterpiece Movie.  If you don't immediately recognize him, you need to dive into cinematic history. 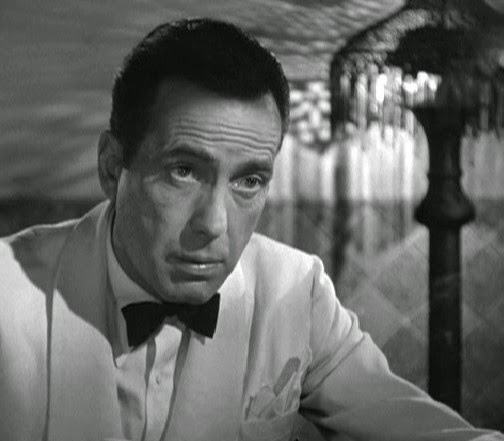 The character's name is Rick.  He owns a café in war-torn Casablanca.  Rick has painful memories of a woman he met in Paris (Ilsa) with whom he fell madly in love.  Ilsa disappeared suddenly, without warning or explanation.  Now Ilsa is waltzing back into Rick's life with a new man on her arm.  Not just any man, but the biggest war-hero with a big request for Rick.  Rick is torn by his bitterness toward Ilsa and his hidden morality.

What happens?  You'll have to see the movie to find out.  You've probably heard some of the many famous lines from the film, such as "...Here's looking at you, kid."  These are some of my favorites:

"I remember every detail. The Germans wore gray, you wore blue."

"Kiss me. Kiss me as if it were the last time."

"Go ahead and shoot. You'll be doing me a favor."

"Louie, I think this is the beginning of a beautiful friendship." 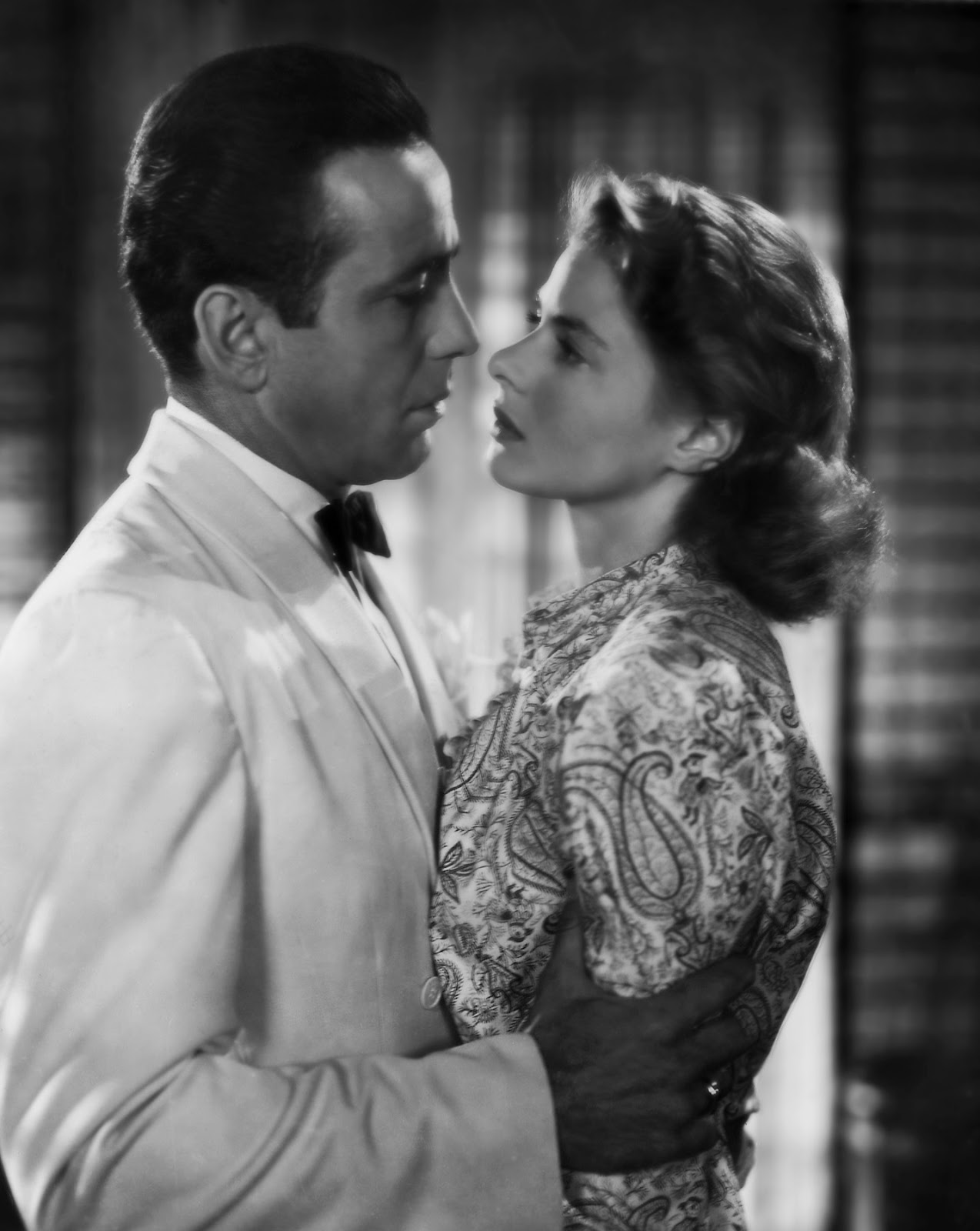 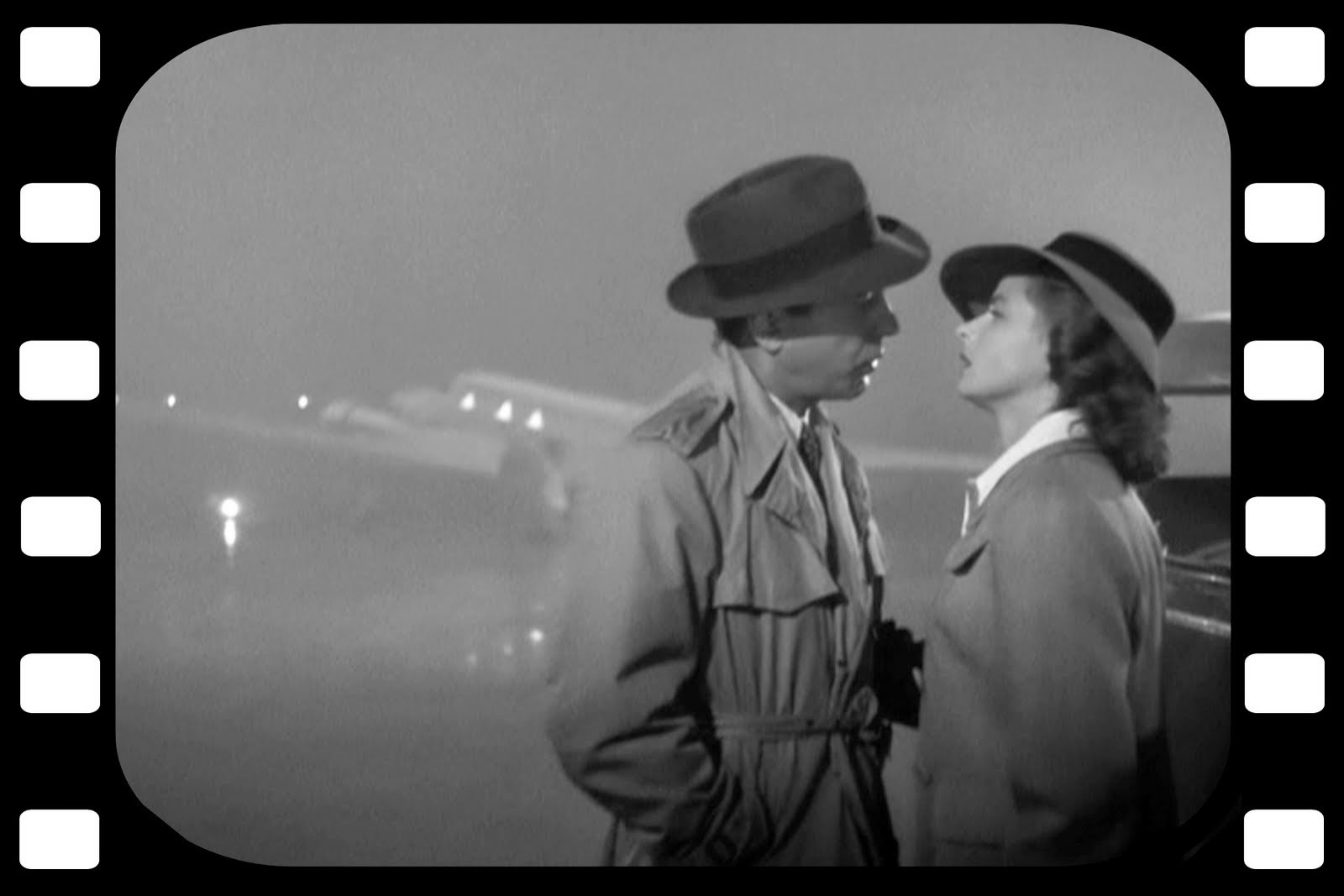 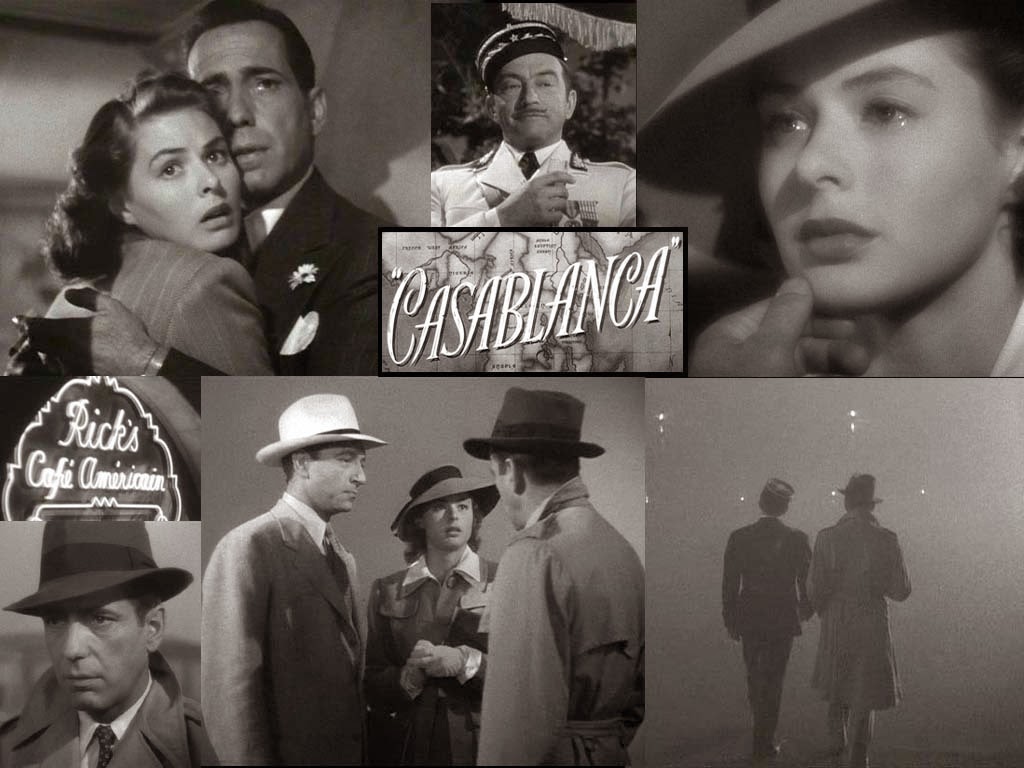 Have you seen "Casablanca"?  What do you think of this idea for a costume?
The character of Rick resonates with me.  He's aging, weary and cynical, but﻿ privately sentimental and sincere.  He's lived a lot, seen a lot, and been betrayed by those close to him.  Yet he hasn't given up his innate trust and hope for love.
As the proprietor of Rick's Café American, Rick wears a white dinner jacket with shawl collar.  For my costume, I found a white dinner jacket with shawl collar.  And black bowtie.  The final touch are two Letters of Transit in my jacket-pocket, enabling people I choose to escape capture and fly to freedom.
After the purchase, I realized the white dinner jacket will be useful in my double-life as an international spy...
Posted by Shybiker at 6:02 PM