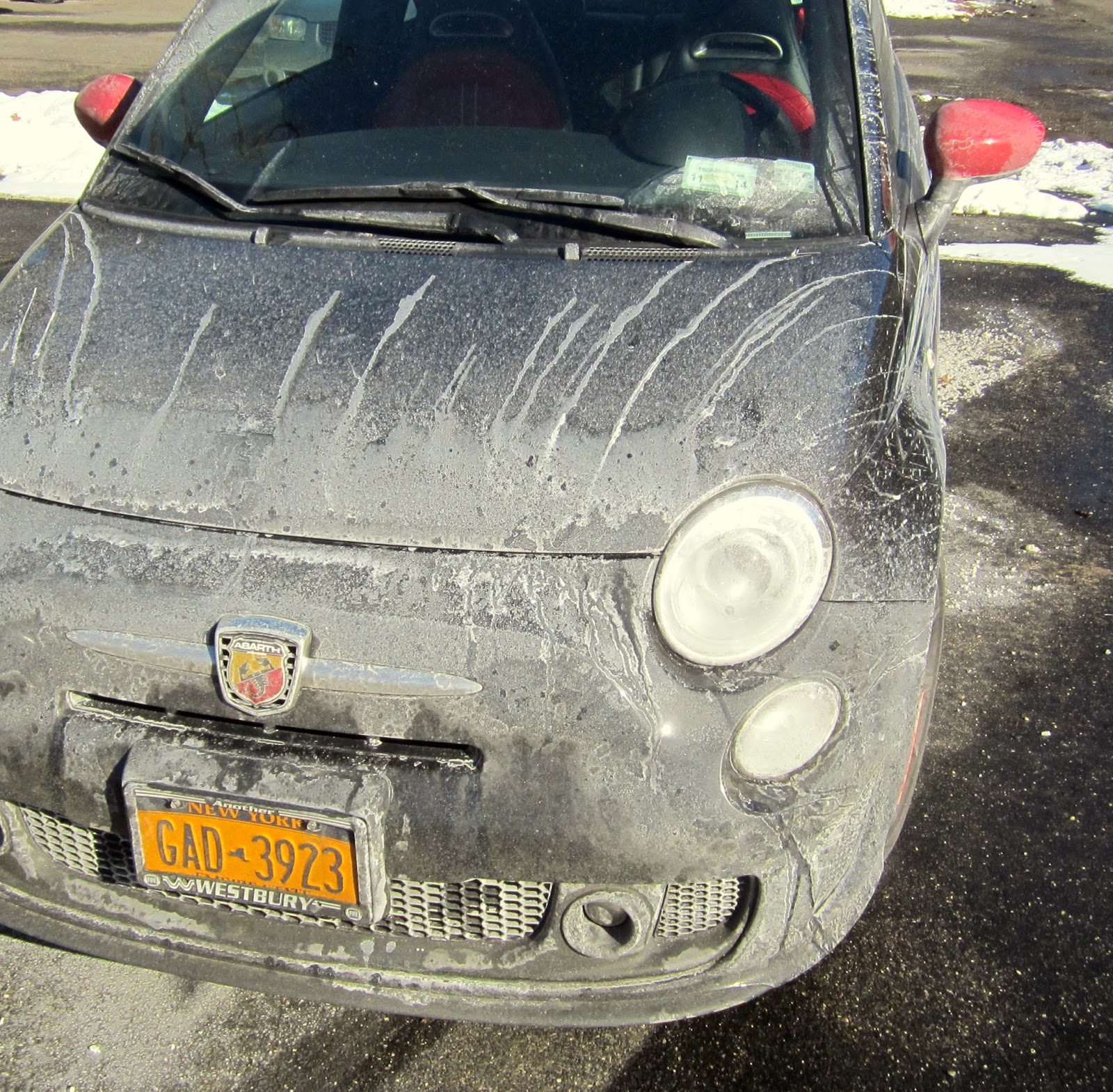 It's surprising how dissimilar a day can be.  I woke up early this morning to drudge into Brooklyn for a court appearance.  Gina was not pleased.  Weather was lousy, traffic was horrendous, and potholes were so large they almost swallowed Gina whole.  Plus, as you can see, road-gunk was ubiquitous.  Gina looks like she went to war.

The trip home was a different story.  The sun came out and air warmed up.  I had spare time so I decided to frolic and detour.  I headed for local twisty roads I know from motorcycling.  I punched "Sport Mode" (which turns on Gina's turbocharger), cranked up Lou Reed's best ("Rock and Roll Animal") and ran through the gears at high rpm.  I felt like Niki Lauda in his prime.  Hitting Gina's red-line was the sign I was doing something right.

Do you ever have days of both drudgery and fun?
Posted by Shybiker at 2:29 PM