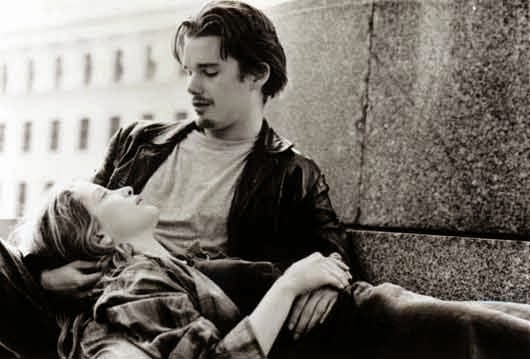 I watch a lot of films.  I'm a cinephile who, early in life, considered making movies as a career.  After shooting a few 16mm shorts in college, I abandoned that dream -- but I never lost my passion for the cinema.

I'm going to recommend a trilogy of films.  Given my immersion in cinematic art, it would be wise to pay attention.  I'm suggesting these films over scores of others that pale in comparison. 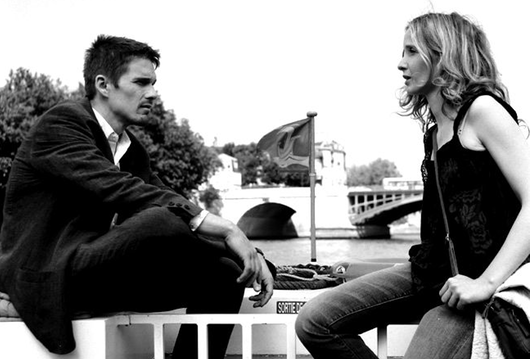 The movies are the life-story of two lovers who meet in their twenties, re-connect in their thirties, and struggle in their forties.  The first film ("Before Sunrise"), made in 1995, depicts youthful love with amazing accuracy.  The second film ("Before Sunset"), made nine years later (2004), portrays the choices and difficulties of middle age.  The final film ("Before Midnight"), made last year (2013), confronts the hardships of aging and romantic diminution.

All three films star Ethan Hawke and Julie Delpy.  When the first one was made 18 years ago, the two actors were unknown.  By odd luck, they both later became famous.  Seeing them together twice again is a rare treat.

I was so impressed with the first film that I feared watching the next two.  But, instead of disappointment, I felt joy -- the films get deeper and more engaged.  The characters' relationship becomes more complex and their dialogue entertains as both philosophically profound and psychologically sound.  My mouth literally dropped open at hearing tangy words of the characters during argument.  Their points and language are truthful.  And brilliant.  And sad.  The dialogue rings with authenticity.

The third film, which made recent Top Ten lists for 2013, is the best of the trilogy -- and the hardest to bear.  You should see it after enjoying the prior two movies.

This trilogy limns the material of love, romance, philosophy and life.  See it. 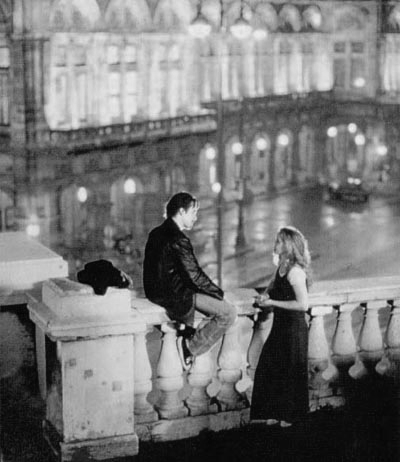