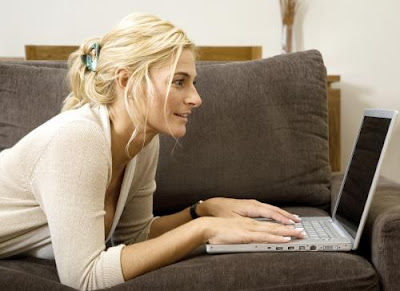 An unusual aspect of blogging on the Internet is that we never really know who's reading our stuff.  We see comments from some readers but others, for whatever reason, never leave a trace.  I assumed they didn't exist until recently when I was shown otherwise.

In the past year, two or three readers who lurk under the radar have contacted me, by e-mail, to express their thoughts.  I was shocked to hear from them because I didn't know they were out there.  They mentioned details of old posts and I felt odd -- suddenly realizing we'd been having a conversation I was completely unaware of.

This is not a bad thing.  To the contrary, all of these readers were complimentary and kind.  Normally, I try to re-pay readers with comments on their blogs and reciprocal acts, but these people were previously unknown to me.  I felt guilty that I'd not been nice to them before.

One such reader lives in the Midwest.  That's all I know about her.  I don't know if she's 8 or 80.  She uses a pen-name (Finnley Mae).  She contacted me by e-mail.  She knew that I can't wear normal earrings because only one of my ears is pierced.  (I pierced it back in the Seventies when a guy doing that was a BIG DEAL.)  Finnley Mae offered me some spare clip-on earrings she owns, which are hard to find.  I gratefully accepted her offer.

Her package arrived.  I was surprised at the large size of the box.  Opening it, I discovered 75 pairs of earrings.  75!!  Holy cow!  What a treasure-trove.  From a virtual stranger.  I am deeply touched and appreciative of this gesture.  Thank you, Finnley Mae.

Here are pictures of a few of the earrings.

Do you have any secret readers?  Are you one? 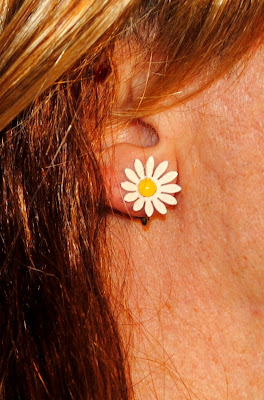 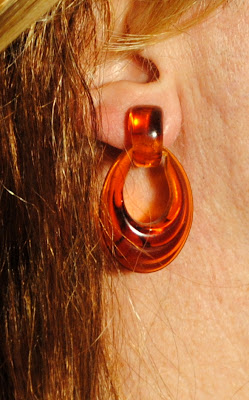 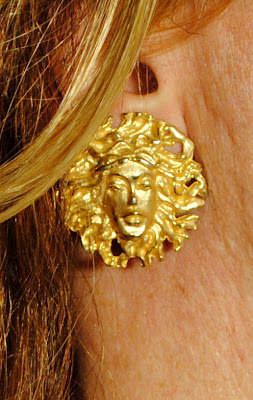 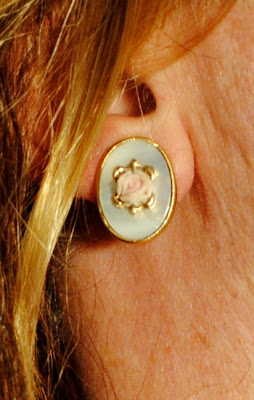 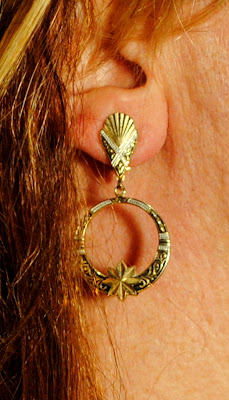 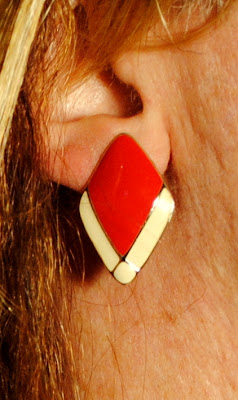 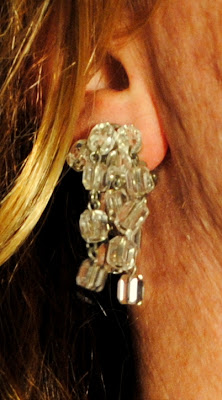 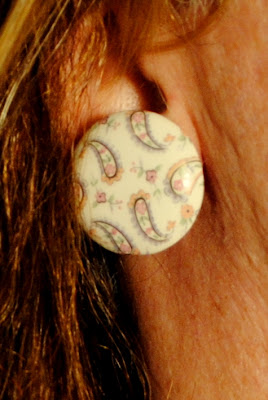 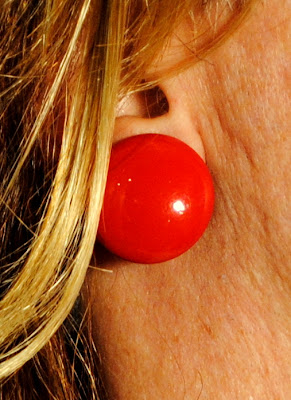