I've been hanging around plants lately.  I used to think all plants were nice.  I've learned, however, that isn't true.  While some flowers are beautiful, not all of them are nice.  Some plants are bad. 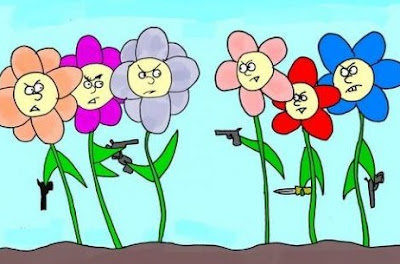 Take Joey, for instance.  Joey is a bad seed.  Joey grew up in a scruffy patch on the wrong side of town.  Joey's family was an unruly group of Chrysanthemums living in a dirt patch down near the railroad tracks.

While some plants glisten in bucolic nature, Joey's family breathed industrial fumes and was often awash in chemicals from neighboring factories.  Joey never knew his father; he was yanked out of the patch years ago by a transient gardener.  Joey's mother was no prize, either.  She neglected Joey and spent all her time playing Botany Bingo. 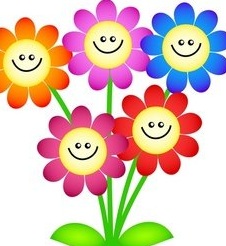 Left to his own devices, Joey hung out with the weeds on the street-corner.  They were a bad bunch.  Mostly Dandelions, the weeds taunted young daisies passing on their way to school.  Joey joined in the abuse.  Soon Joey's misbehavior escalated in an effort to impress his yellow-headed friends.  When a pretty Red Rose sauntered by, Joey leered at her rudely and yelled, "Hey, honey!  Come over here.  I've got a stem for ya..."  The Rose shuddered, crossed her leaves over her stalk and hurried away.

It was only a matter of time before Joey got in worse trouble.  His antisocial behavior marked him as undesirable.  For example, Joey was never selected to be in a bouquet and, while he said it didn't matter to him, deep down it wounded him.  Joey received society's rejection as a personal rebuke.

Then, one Saturday night, everything came to a boil.  It was a hot Summer night.  Joey and his wild bunch were drinking MiracleGro from 40 oz. bottles, listless and looking for action.  More out of boredom than financial need, Joey snatched a purse from on old Peony wandering by and ran down the block as the elderly flower's pleas went unheeded.  Joey didn't count, however, on the Flower Police visiting the block the next day and he soon found himself in a lineup at Police Station.

Standing among a string of other aromatic annuals, Joey looked as common and guilty as he was.  "You!  No. 2!  Turn to your right," barked the presiding officer.  Joey turned to show his profile to the elderly Peony hidden behind a one-way mirror.  "Yes," she said, "that's him.  That's the bad plant who stole my purse."

Joey's time was up.  His time in the sun was over.

Joey copped a deal for a lighter sentence and soon found himself in the Big House.  Actually, the plant-inmates call it the Hot House.  It's an ugly place with no sunlight.  Bars on the windows keep nature out and there's rarely a breeze of cool air.  Plants decay in the Hot House and Joey was no exception.  Not only did Joey's leaves start to turn brown, his soul began to shrink and wither.

It was the end for Joey.  He was just a bad plant who came to no good.
Posted by Shybiker at 3:09 PM