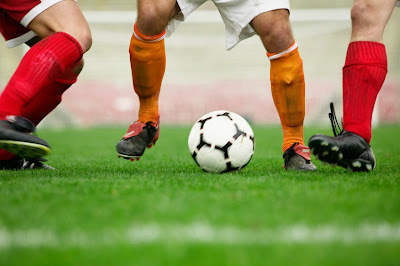 I mentioned a ballplayer in my last post and later realized I should give you guys some background in order to understand me better.  This gets pretty personal so, if deep-rooted psychology scares you, now is the time to head toward the exit...

I've always had a complicated relationship with sports.  On one hand, there is intrinsic joy in all movement and athletics can celebrate physical grace.  On the other hand, sports as they are practiced in our society are too often corrupted by competition.  Competition can be destructive and sap all the fun out of playing.  You'd know what I mean if you saw angry fathers screaming at their sons playing Little League baseball.  Too many adult men torture little boys in sports.  The worst parenting I've ever seen has been on ballfields.

Sports are also deeply encoded with gender in our society.  While games themselves are not inherently gender-specific, they are often seen that way.  My parents, for example, viewed sports as the socially-approved activity for boys, so they imposed sports on me (and my brother) as a way to prove to the world that their sons were real men.  During my early childhood, I expressed repeated desires to be treated as a girl which terrified my parents.  They forcefully beat that out of me.  I learned my natural inclinations were completely unacceptable to my parents and that if I wanted their love, it was conditional on acting masculine.

The prime symbol of gender-normalcy in my family was participation in sports.  I was pushed into sports early on and learned that engaging in them placated my parents.  To gain my parents' love, I dove into athletics and worked feverishly at it. 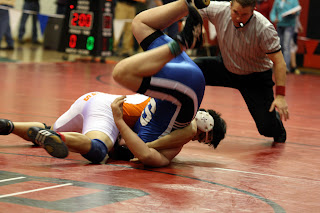 I played three sports at a serious level: baseball, soccer and wrestling.  I developed my natural talents to their limit and played on varsity teams.  While also being an academic overachiever (I finished 7th in my high school class of 860 kids), I won multiple sporting awards.  I was the only smart kid who played sports in my school, and the only athlete who was good at schoolwork.  Each year, I won the "Scholar-Athlete" award by a wide margin because I was the only kid with a foot in both worlds.

Here's an example from my youth of my fervor.  During a heated soccer-match, an opponent tried to kick the ball, missed and caught the inside of my kneecap, totally dislocating it.  In great pain and completely unable to stand, I was taken to a hospital where an immobilizing knee-brace was put on.  Two days later, I returned to practice where I "ran" laps around the field with a leg that couldn't bend and a 10-lb. brace on it.  The pain was excruciating but I pushed through it.  The coach and my teammates thought I was dedicated to the game; in reality, I was doing this to get my parents to love me.

My strongest impulse in my youth was to please my parents.  They were immigrants and anxious about their standing in American society.  When their first-born son achieved honors in sports and at school, they felt better about themselves as parents.  My successes were, in their eyes, reflections on them.

I didn't want to disappoint my parents, so I did the things they pushed me toward.  Sports was the biggest example.  Now, when I think about sports, I can't separate the activities from the often-negative role they played in my life.  Thus, I have mixed feelings about sports.  In some way, sports were a tool to oppress me and I resent them for being that.

Growing up, did you care about pleasing your parents?  And did that affect your upbringing?
Posted by Shybiker at 8:04 PM