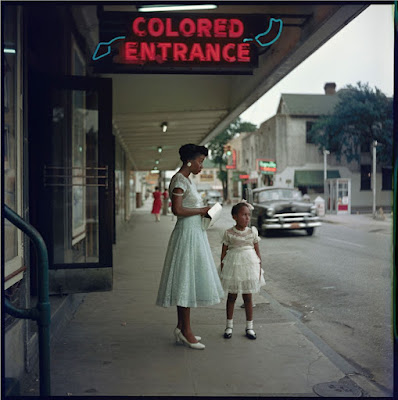 The history of slavery and racial segregation in America has been downplayed and whitewashed. Which explains why, when I saw this picture, I was so shocked. The emotional impact of the scene feels like a blow to my chest.

The photograph was taken by Gordon Parks, a noted African-American artist. In 1956 Parks was commissioned by Life magazine to go to segregated Alabama and document racial tensions entrenched there. This is one of his several photographs from that trip.

I was born in 1957. It's hard to believe that racial segregation existed in our lifetime but it has in mine.