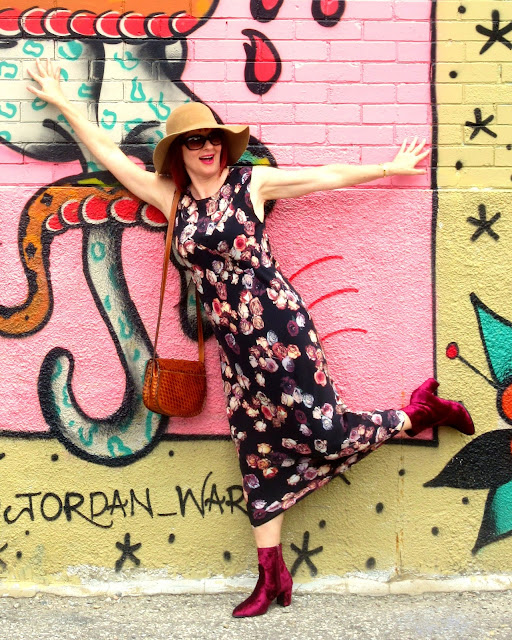 We're friends, aren't we? Friends confide in each other. I'm gonna tell you a secret and, if you want, you can reveal one of yours.

It's public knowledge that I'm transgender. It's also been publicly disclosed that when I was six years old I wrapped a bath-towel around my body and pretended it was a dress. An essay revealed that when I was ten years old I bought a pair of tan pantyhose which I hid in an empty coffee-can and buried in our backyard. Everyone knows these things about me.

You also know I've been actively buying women's clothes during the past decade.

My secret... and this is something nobody knows until now... is that on the many shopping expeditions in my life, I never tried on women's clothing in a store dressing-room until two weeks ago when I went thrifting with Suzanne and Patti. That was the first (and only) time I've done it.

Honestly, this is something I never thought I'd have the courage to do. It's a PUBLIC violation of gender rules, particularly conspicuous since most stores -- including the one we visited -- have an employee guarding the dressing room to check items you bring in. I've also always worried about disturbing other female shoppers who might be discomforted at the sight of me. Would it upset you to see a "man" taking women's clothing into a dressing room? (Addendum: As noted in my response to Elle's comment below, these were private, single-person dressing rooms, not a communal room; I respect and would never intrude on other women's privacy.)

Credit for my first experience doing this belongs to Suzanne. Suzanne not only suggested I do this, she implied she expected me to. Suzanne made me confront my fear and, at the same time, she reassured me with her presence. If you've ever met Suzanne in person, you know she radiates power. (See above picture.) I knew she'd have my back if trouble arose. With her support, I felt strong enough to break a new personal barrier.

And now tell me one of your secrets!
Posted by Shybiker at 7:39 PM