The Biggest Secret In New York 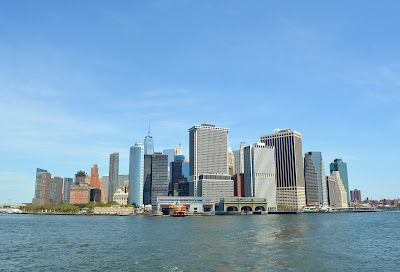 The largest, most fun place in New York is virtually unknown. It's an entire island that's merely a stone's throw from Manhattan -- and utterly uncrowded. This paradise costs almost nothing to visit; if you go before noon, it's free.

The secret is Governors Island.

Governors Island is a 172-acre island only 800 yards south of Lower Manhattan. It's so close you can swim to it. The Island has spellbinding views of the Statue of Liberty and Manhattan. For centuries, the Island was closed to the public because it was used for government purposes, like stationing soldiers during the First and Second World Wars. After 1966, it was used as a U.S. Coast Guard base.

Recently, the Island was turned into a national park. In 2014, a first section was opened to the public and this year, in July, an impressive second section was opened. The new section is called "The Hills" and contains four mountains as high as 70 feet. Skilled landscape architects designed and built the area as a playground for adults and children. There are paths for hiking and bicycling, two 1812-era forts to explore, and four slides to go down (one of which is three stories high). The Island also offers rotating cultural and artistic exhibitions.

The only way to get to Governors Island is by ferry, from either Manhattan or Brooklyn. A round-trip ferry ride is free before noon and $2 afterward. No cars are permitted on the Island; only pedestrians and bicyclists can roam around. You can rent a bicycle there or bring your own.

The views at the Island are incredible. You've never seen New York look so good. There is no admission to enter the Island. Imagine you're rich and have your own private island.

On the way home, I stopped at one of my fav restaurants in NYC (Mudville 9) for super-hot wings and cold stout beer. Yumm. Their wings are universally acclaimed as the best in New York.

Here are some pics of my day... 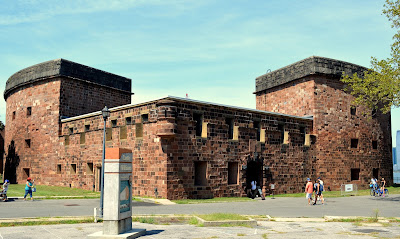 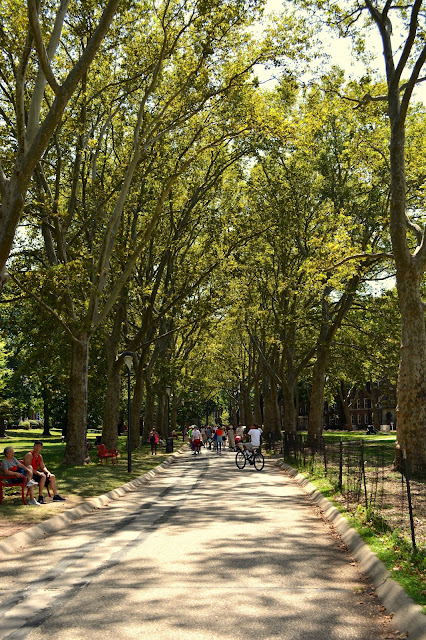 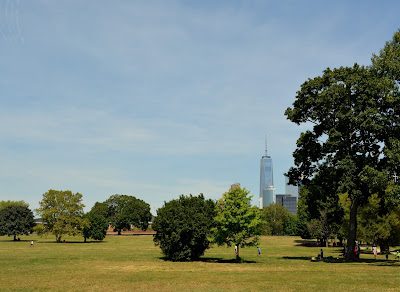 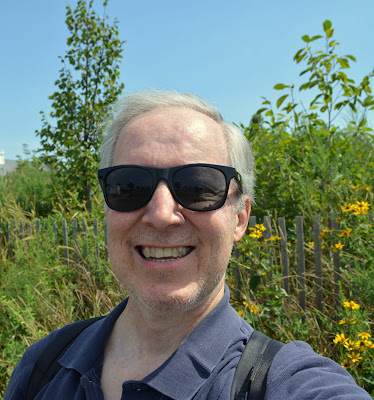 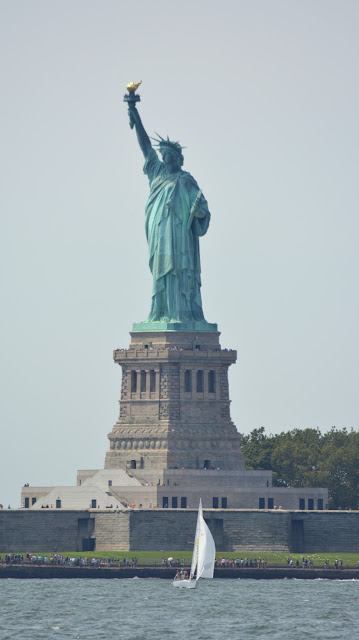 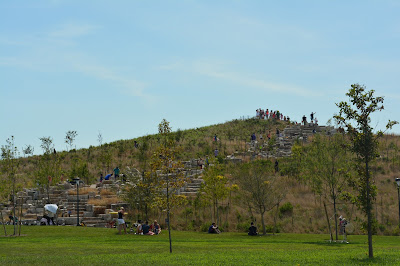 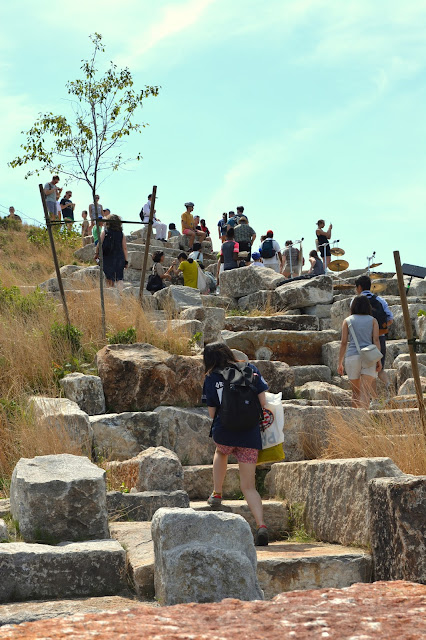 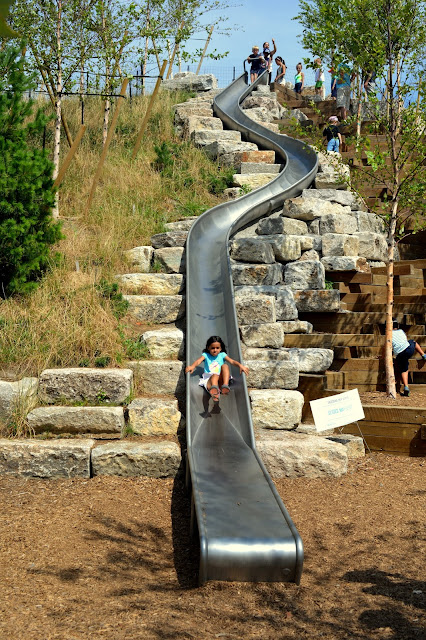 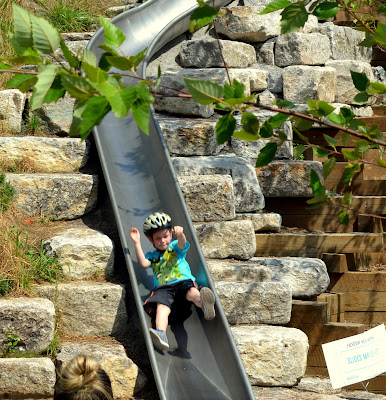