At The Last Minute

I subscribe to a literary magazine called The Sun. It publishes short pieces of autobiography on varying topics. The subject for the next issue is "At The Last Minute."

I'm submitting a description of an event that occurred to me long ago. I remember the event vividly and enjoy pondering its meaning. If you're interested, it follows... 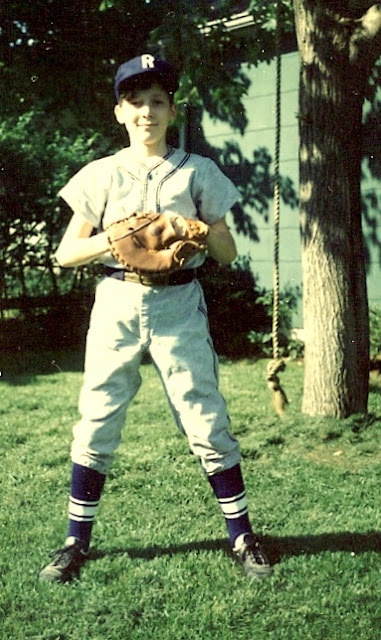 The eldest son of immigrants, I carry the weight of my family's dreams. It's a leaden backpack. My parents view my accomplishments as their accomplishments; my life is a barometer of their success in a new land.

Forty years ago, I was an average athlete in high school, good enough to make the baseball and wrestling teams but not better than kids of other schools. We had a mid-season wrestling match with a neighboring team that was unimportant. Nothing was at stake, but the Earth shook that day.

For reasons unknown to me, my parents invited their fellow-immigrant friends to watch me compete. A bevy of wildly-enthusiastic supporters sat in the stands to cheer me on. Their presence was unnerving: their boisterous shouts pelted me like snowballs.

My opponent in the match was superior in ability but not insurmountably so; I knew I could beat him if I mustered sustained high effort. The match began. I slowly fell behind in points. The trend continued and time grew short. Eventually I realized I couldn't make up the point-deficiency with remaining time available; my only hope of winning was to pin my opponent to the mat, an outcome as rare as knocking out a boxer.

I searched for an opportunity. I saw none. I pursued with increasing concern; disappointing my family, in front of their close friends, was simply unacceptable. I could not let that happen, no matter what.

Suddenly, my opponent twisted his body, allowing me to grab his arm and place it into a half-nelson. I slid my free arm around the back of his neck. Our position was set for my signature move -- a wrestling hold so potent I could defeat anyone with it: leverage trumps size and strength. My opponent, not realizing he had lost the match, expressed hope in struggling against my hold. I let him wrestle, physically and psychologically, with the situation. After tussling, our bodies settled into quiescent calm as I heard desperate calls from the crowd who were watching time run out. Sensing the right moment, I flipped the doomed combatant over, locked him in place, and heard the ref smack the mat three times announcing victory. The crowd roared: their nervous uncertainty was resolved by a last-minute victory.

I looked up. I saw a group of working-class adults whose lives possessed few satisfactions. They were jubilantly celebrating, a rare experience for them. Their glee stunned me: my small athletic effort was fulfilling a larger aspiration, a dream of immigrants. Making it in America, after fleeing war-torn Europe during World War II, was their goal and it was happening in front of me. I play a role in this drama, something I hadn't understood until that moment.
Posted by Shybiker at 8:26 AM