The "Gilmore Girls" Are Coming Back! 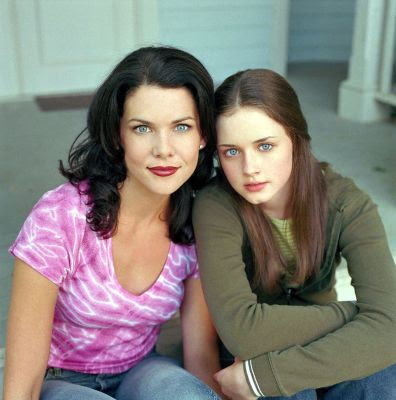 I watch new TV shows and have an uncanny ability to spot the few that will succeed. For example, I identified "The Big Bang Theory" as a future hit after only the first two episodes of Season One.

One show I raved about to my friends in 2000-2007 was the "Gilmore Girls." Starring Lauren Graham and Alexis Bledel, the show concerns a single mother and her teenage daughter living in a small rural town. What makes the show so appealing are its quirky characters and their witty banter. The show was created by Amy Sherman-Palladino who will head the revival. (She left the initial run in the sixth season because of a contractual dispute and, in her absence, the show deteriorated.)

Now, a decade after the show ended, Netflix is bringing the show back with all the stars, including Graham, Bledel, Scott Patterson, Kelly Bishop and Keiko Agena. Sadly, Edward Herrmann has since passed away and can't join the group. There's no word yet on whether Melissa McCarthy (who had a small role as a chef and has since flown to stardom) is returning; I suspect she'll appear in a cameo.

Did you ever watch this show?
Posted by Shybiker at 10:52 AM