It's The Big One, Elizabeth... 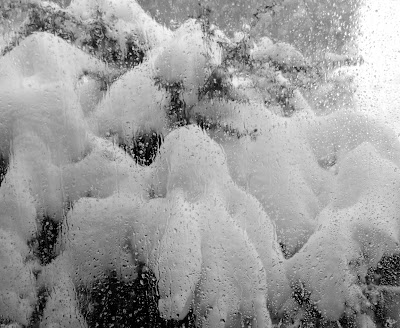 Back in the Seventies, there was a TV comedy called "Sanford and Son. It starred an elderly Redd Foxx as widowed Fred Sanford, a retired junk-dealer. Fred would constantly try to manipulate his adult-son Lamont by feigning a heart-attack. He would clutch his chest, look up at Heaven and loudly moan, "This is it, Elizabeth! It's the big one! I'm coming to be with you!" Lamont was on to the scam and never fell for it.

Well, we had the big one today. The biggest snow-storm ever in this region.

Fortunately, the storm came with a week's advance-notice as meteorologists warned all week long that a major blizzard was crossing the country. And it hit on a Saturday which was the best time for one to happen. 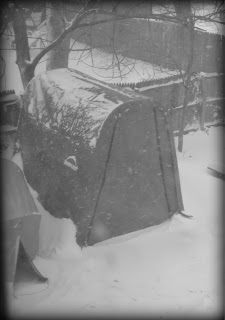 The storm (which is still raging) dropped over two feet of snow so far (24-inches) and completely paralyzed the entire region. Nobody went outdoors today except emergency personnel and TV reporters. Several thousand homes lost electrical power; fortunately, I'm not among them (yet). I had that horrible experience three years ago with Hurricane Sandy.

Normally I shovel once for a snow-storm. For a bad one, twice. Today, I went out three times to keep up with the endless snow. It keeps coming and coming.

With the advance warning, my and most people's homes are full of food. I had fresh ingredients to make spicy guacamole sandwiches for lunch today which were mmm!!

Honestly, my life has been so hard lately -- I had a huge trial this week which I won and earned a large fee from -- that I welcome the respite this storm is providing. Beyond shoveling (which I enjoy), I have no obligations this weekend except to relax and amuse myself. Which includes blogging.

Were you affected by this storm? What was the worst storm you lived through?
Posted by Shybiker at 4:50 PM