For most of us, our mothers are our first role model. For everything including fashion. Was that the case for you?

It was for me -- which was hard 'cause I was considered a boy. Everyone, including my mother, discouraged me from emulating her. But I tried. And tried.

Eventually I realized that path was closed; I wasn't allowed to be openly like her. I did, however, pretend to be a girl in the privacy of my bathroom; I used a bath-towel as a makeshift skirt.

Lately, as I've been re-claiming a female-identity, I find connections to my mother that are surprising. For example, I vividly remember how my mother's arms had freckles. Lots and lots of freckles. I thought that was unusual -- until I started shaving hair off my arms and was shocked to see that I too have freckles on my arms. I never saw them under the hair. I suspect I have many genetic similarities with my mom.

In terms of fashion, my mother always wore sleeveless blouses. It was her signature look. Recently, I spotted a blouse of the exact style my mom used to wear. For nostalgia, I bought it.

I probably should mention that my mom died in 1990 at age 54. All I have left of her are memories and photographs. Here is one taken forty years ago. Note the blouse. 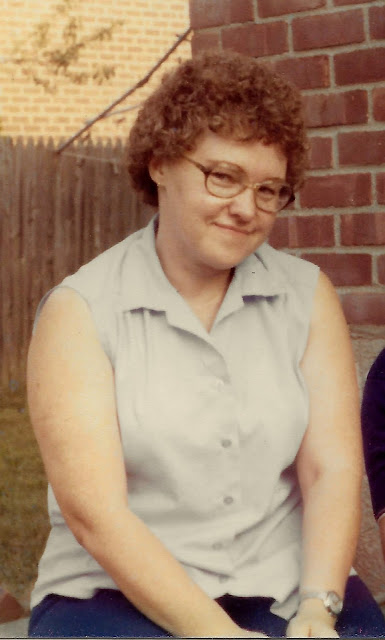 Out of affection for my mom, I'm wearing a similar blouse now. I'm not going to say more 'cause, if I do, I'll burst out in tears. 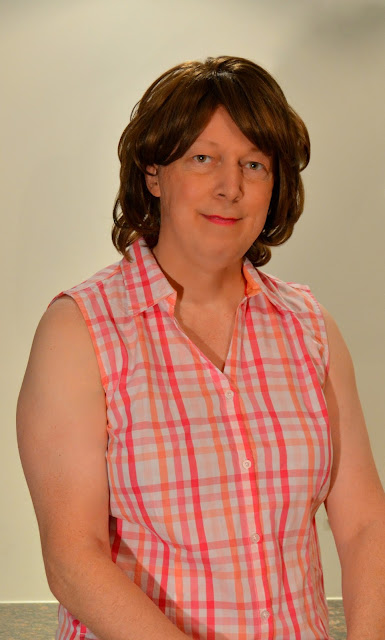 Did your mother influence the way you dress?
Posted by Shybiker at 8:03 AM