How To Tell If Someone Is Old 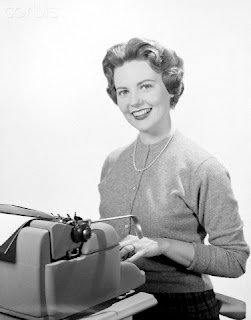 There's a quick and easy way to determine if someone is old. It doesn't matter what clothes they wear, how much plastic surgery they've had, or how young they pretend to be. You can gauge whether someone is young or old by a simple test -- on grammatical usage.

You ask them this one question -- when they come to the end of a sentence, do they type one space or two spaces before starting a new sentence? That's all -- do they add one space or two?

If they use two spaces, that means they're old. If they use one space, they're young.

Why is this? The answer is interesting.

If they use two spaces, it means they grew up learning how to type on a typewriter. The keys on a typewriter produce monospaced typeface. When typewriters were common, the practice was to add two spaces to create enough space between sentences to make reading easier. That's what everyone was taught.

If the person uses one space instead of two, it means they are young and learned how to type on a computer. Computers use proportional typeface which automatically create extra space between sentences without the typist having to do it manually.

Despite the current ubiquity of computers, they haven't been around forever. I didn't start using one until the middle of my career, 25 years ago. Before then, we all used typewriters, along with liquid white-out and carbon-paper.

Do you know what carbon-paper is? If not, you're a kid!
Posted by Shybiker at 6:50 PM