I attended Hamilton College during the late-Seventies. A decade earlier famous author Alex Haley taught there. Haley was in the middle of writing the influential "Roots," which was later turned into a blockbuster TV series, and "The Autobiography of Malcolm X."

A student who took Haley's class reminisces about him in a new article in The New York Times. I regret missing the opportunity to learn from him. 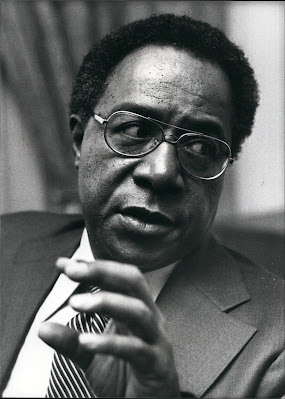