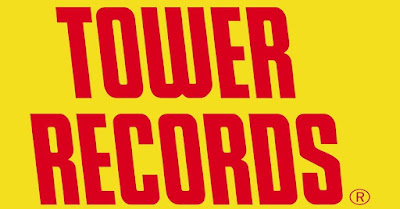 Tower Records is back! Sort of...

The music-selling giant began in California in 1960. From 1970-90 it grew into the largest music retailer in the country and became a cultural icon. Then, during the Nineties, the company evervated, heading south. By 2006 the company was finally bankrupt: all stores were closed, all assets sold.

Over the past winter, Tower Records resurrected as an online website where it now sells vinyl records and CDs. Broad collection, reasonably priced. The yellow/red colors are there, along with its "Pulse" magazine (online).

Do you have any Tower Records memories?