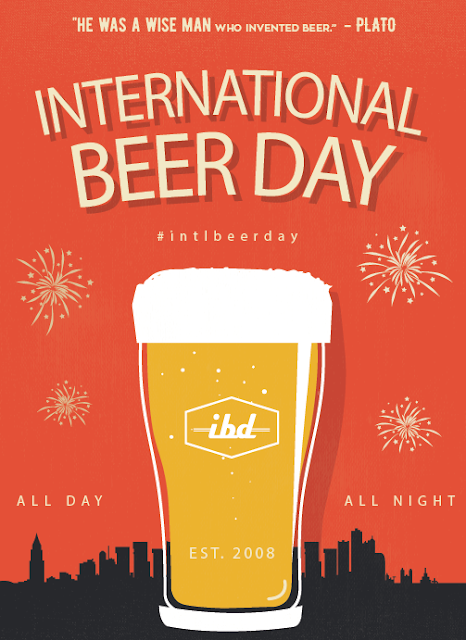 Today is International Beer Day. No kidding! We even have a poster.

My favorite new beer comes from Keuka Brewing Co. in the Finger Lakes. I drank their Mocha Stout straight out of the tap (so fresh!) and later went online and ordered their 10th Anniversary Limited Edition Fat Stack Maple Pecan Porter. To each his/her own.

- Wife: I’m heading to the store. Do you want anything?

Me: A sense of meaning and purpose in my life.

- Ever had beer so good that two sips in you're ready to quit your job, buy all that stuff on your Amazon wish-list and move to an island?

Me: This is a terrible day.

Wife: You can use the old fridge as a beer fridge.

Me: This is the best day of my life.