I've long wanted to visit a vintage motorcycle/airplane museum in upstate New York but it's in a remote region I was never near. I ventured there this weekend specifically to see the museum and wrapped the rest of my trip around it.

The museum is named after Glenn Curtiss (1878-1930) to celebrate the legacy of the man. Glenn, a mechanical genius, was an aviation pioneer and motorcycle-manufacturer. The museum includes a large collection of early aircraft and motorcycles. As I pulled up I was instantly impressed at its huge size, big enough to contain full-scale planes, cars and motorcycles. It contains innumerable objects with lots of helpful information about them.

The son of Canadian immigrants, Curtiss was a creative inventor who had to leave school in the eighth grade when his father died. Curtiss was naturally curious: his family complained he was so obsessed with taking clocks apart and putting them back together there were gears and screws everywhere in their house.

After designing motorcycles from scratch, Curtiss moved on to airplanes and later even designed camping trailers and gramophones (record players). He founded and grew several companies, as investors flocked to his success, including Curtiss-Wright, a merger with the Wright brothers. Curtiss's main headquarters was in Hammondsport but he also had a large operation on Long Island (Garden City) and a small one in Toronto. Curtiss appeared on the cover of Time magazine and the U.S. Postal Service put him on a stamp -- air mail, of course!

The centerpiece of the motorcycle collection is a famous 8-cylinder motorcycle which earned Curtiss the title of "Fastest Man on Earth." He built and rode it in 1907, setting a new land-speed record of 136.4 mph. That record stood for ten years until broken by an automobile.

I've ridden 136 mph but on a state-of-the-art motorcycle with current technology. Doing it a century ago on a primitive bike with virtually no brakes? That took guts. Because Glenn's motorcycle didn't have brakes, after riding it a mile to set the record, he had to ride it another mile just to slow down enough to stop.

Here are some pics from the museum. 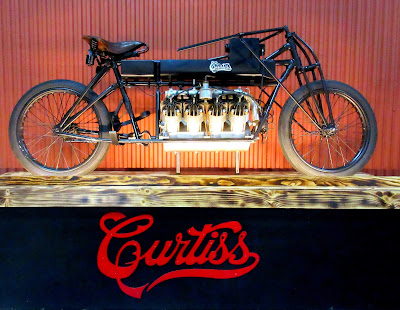 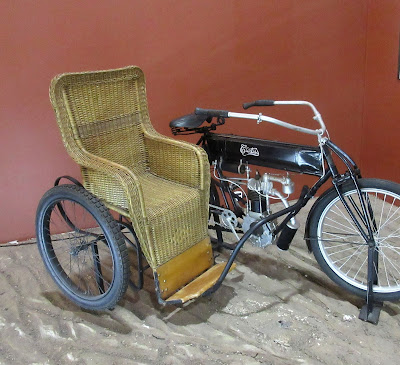 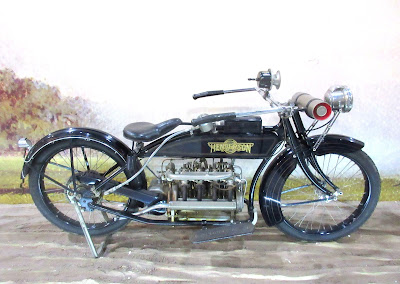 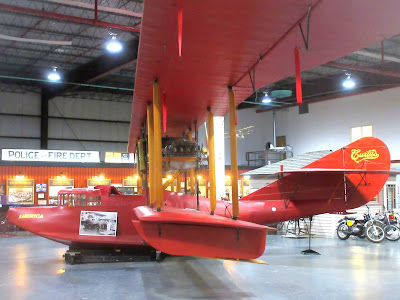 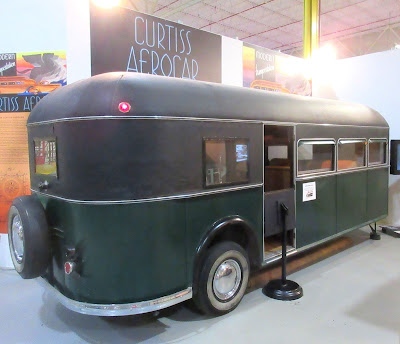