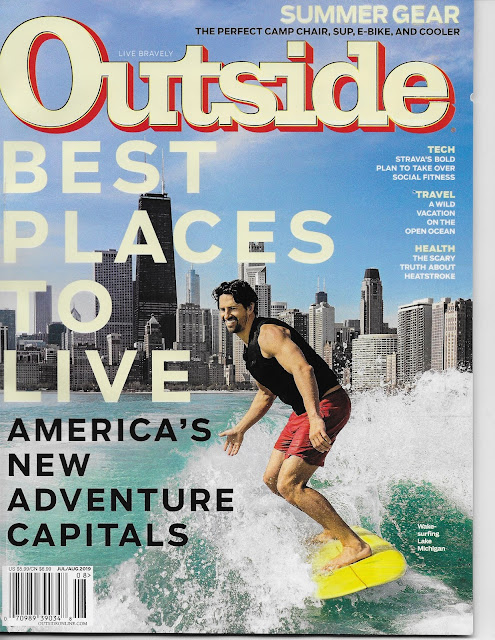 Outside magazine is one of my favorite periodicals. Not only does it focus on outdoor adventure but it does so with intelligence and insight. Recently the magazine expanded to cover social issues reflected in outdoor activity, like sexual harassment of female tour-guides at national parks.

Last month I wrote a letter to the magazine appreciating their support of a transgender rock-climber whose story is linked here. They published the letter in the new issue released today. Here's the page on which the letter appears followed by a close-up that's easier to read. 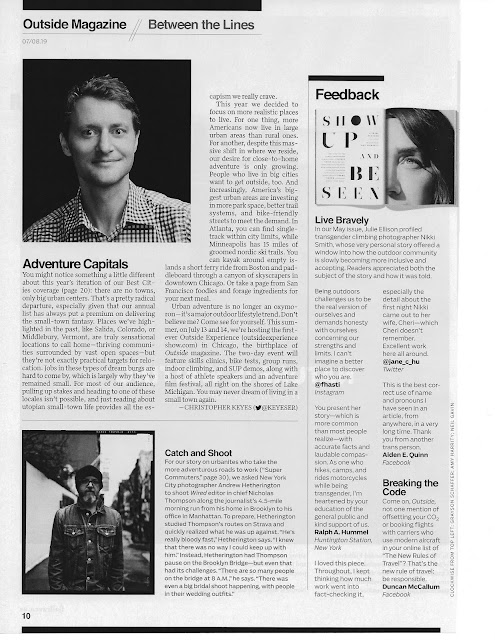 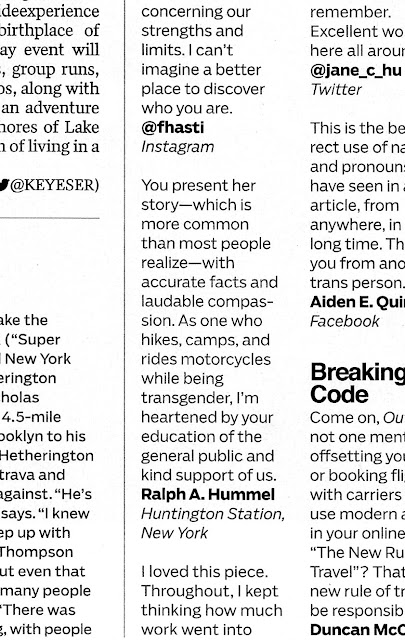