Grace Hartigan was the greatest female artist of the 20th Century. A new book about her and four fellow artists was just published ("Ninth Street Women"). The story the book tells is also covered in an excellent article in The New Yorker.

I knew Grace. For several years in the early 1980's, she was teacher/mentor to Maura, a woman I lived with for twenty years. Grace was head of a graduate art school in Baltimore; Maura and her friend Joan were Grace's favorite students. Maura had a deep personal bond with Grace and we socialized many times, both there and at Manhattan art-shows.

Grace was the first artist of her generation to have a painting purchased by the Museum of Modern Art. Her fame in the 1950's was meteoric, particularly since, as a woman, she was categorically underestimated. Her work deserved acclaim which it received from critics and collectors from the Fifties until her death in 2008. For 30 years, Grace lived in Baltimore teaching graduate students, popping up to New York for occasional shows and events.

Grace had a colorful, complex life. She had wild times with notorious friends, like painter Jackson Pollock, poet Frank O'Hara and art-dealer John Bernard Myers. She was also acquaintances with the other notable female painters of the time (Lee Krasner, Elaine de Kooning, Helen Frankenthaler and Joan Mitchell). After rejecting comfortable family life in a New Jersey suburb, Grace devoted herself to art -- and lived dirt-poor during the early years. She and her friends struggled to make ends meet while creating great work. The book describes that New York scene in the Fifties and Sixties, with reference to many of the crazy characters in Grace's life. In her later years, she told us stories about that time in greater, more scandalous detail.

Grace told Maura that with students of her caliber, Grace's job was not to teach them art but, rather, how to live as an artist. She succeeded in that -- Maura has been a painter continuously since then. She lives and works in Wales now.

I recommend the book as an entertaining historical account of a wild group of artists whose work in the middle of the last century changed the face of art. They warrant deeper examination than our culture has given them so far. 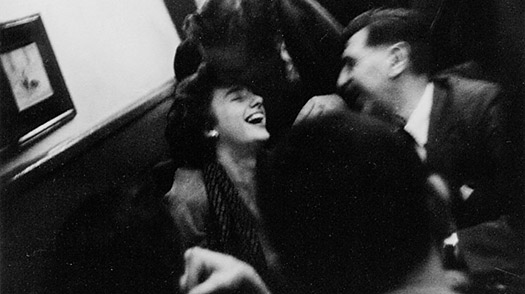