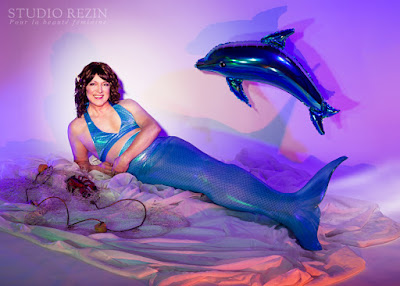 A long, long time ago, there was a little girl named Ally.
Ally knew she was a mermaid. From the first time she had a thought,
Ally felt deep inside that she is a mermaid.
The other kids made fun of Ally.
"Don't be silly! You don't look like a mermaid."
Ally protested she is a mermaid despite her appearance
but, over time, she got tired of arguing. Ally let others
believe what they wanted. Ally knew someday her time would come.
She knew who she was and took solace in that knowledge.
Every morning, as Ally awoke, she lifted the sheet
and looked down at her feet.
Every morning, Ally saw legs and no mermaid tail.
One morning, years and years after Ally was born,
she woke up, lifted the sheet, and looked down.
She had a tail! A real mermaid tail!
Ally transformed into a mermaid by strange magic
beyond her comprehension. Ally's outside finally
matched her inside. Ally's belief in herself
finally came true.
This is Ally's tale. 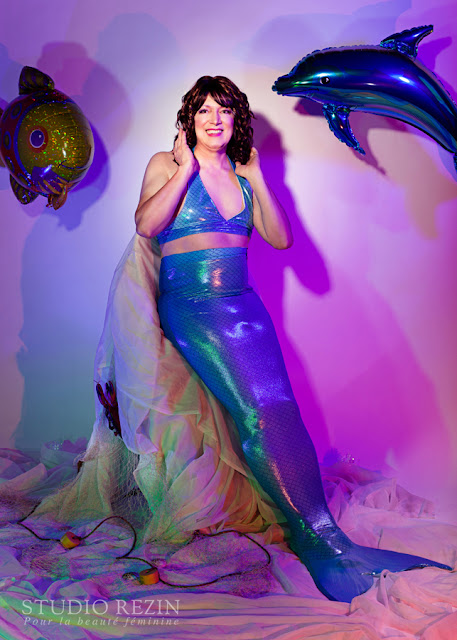 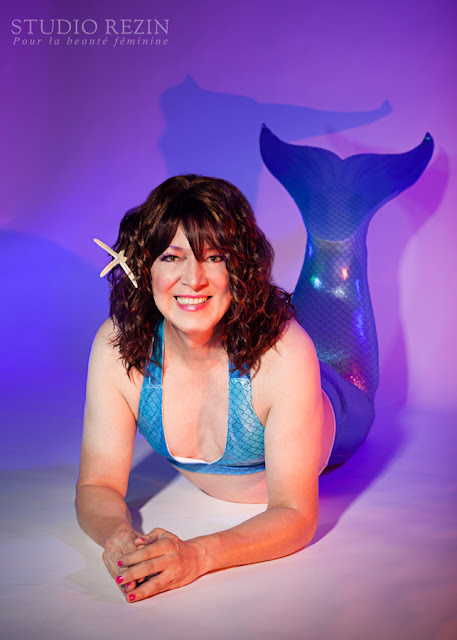 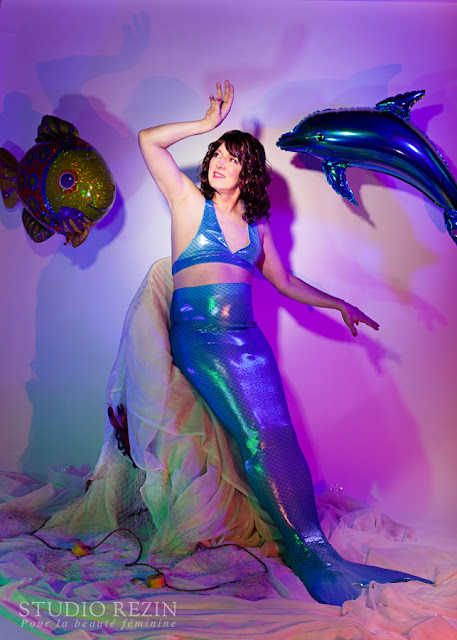 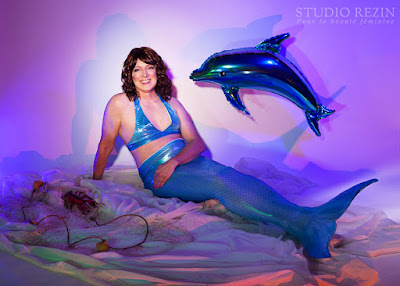 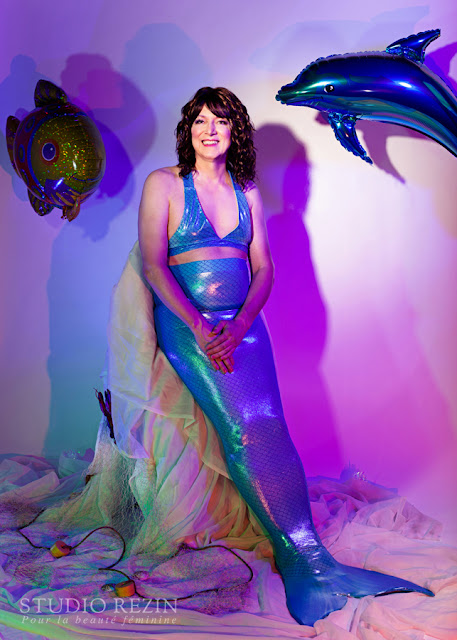 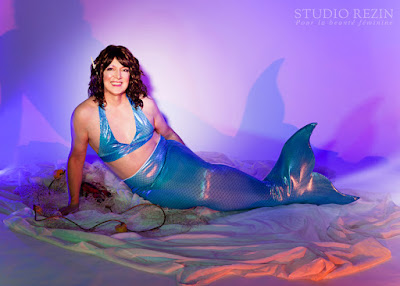 (Thank you, Michi, for your artistic collaboration and photography)﻿
Posted by Shybiker at 5:40 PM