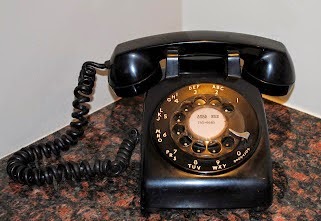 Two decades ago, I read a smart book by a visionary who saw the future of modern society.  He was a technologist who understood where computers were going to lead us.  In retrospect, he was right.

The visionary was Nicholas Negroponte, a MIT professor.  He was the first investor in "Wired" magazine, and founder of MIT's Media Lab.  The book was called "Being Digital."

Nicholas predicted the replacement of analog objects with digital replicas.  Analog items like newspapers (which are words printed on paper that needed to be distributed physically at high costs for publication and transportation) died a painful death when cheaper means of accomplishing the same thing became available (through Internet distribution of the news).  Nicholas also predicted that instead of mass communication of a broad range of news, we'd be able in the future to narrow-cast our news-feed to just what we want to read.

In the past two decades, we've all seen examples of this.  We used to get thick telephone books dropped on our doorsteps.  Now they don't even make telephone books any more: you look numbers up online.  The phone companies lobbied legislatures to eliminate the costly requirement of producing those books, arguing that nobody used them any more.

I'm surprised to see analog items that haven't been replaced yet.  Like postage stamps.  In the future, we'll look back  nostalgically at postage stamps.  Kids will wonder what they were.  We'll explain their purpose and beauty.  When they disappear and are replaced by bar-codes (the technology for which already exists), we'll mourn them.

This is why I cling to analog technology.  That and because analog products often work even better than their digital replacement.  Vinyl records provide a deeper, warmer sound than digital files which are deliberately degraded to reduce their storage size.

Not all "progress" is progress.  Replacing analog with digital is often done for commercial reasons: e.g., decreasing the cost of production or distribution.  The new product itself is inferior.  But its inferiority is acceptable enough to justify replacing the earlier, more expensive product.  That replacement benefits some (e.g., sellers) but not others (e.g., consumers).

Do you have any reflections on changes you've seen in recent history?

P.S., I bought the rotary phone pictured above in an antique store two years ago.  It's just like the one we used growing up.  The antique store seller laughed when he told me how amused he is to see kids come in and play with the phone, trying to figure out how to use it.  Practically none of them realize you need to stick your finger into a hole and twist the dial around in a circle.
Posted by Shybiker at 9:52 AM