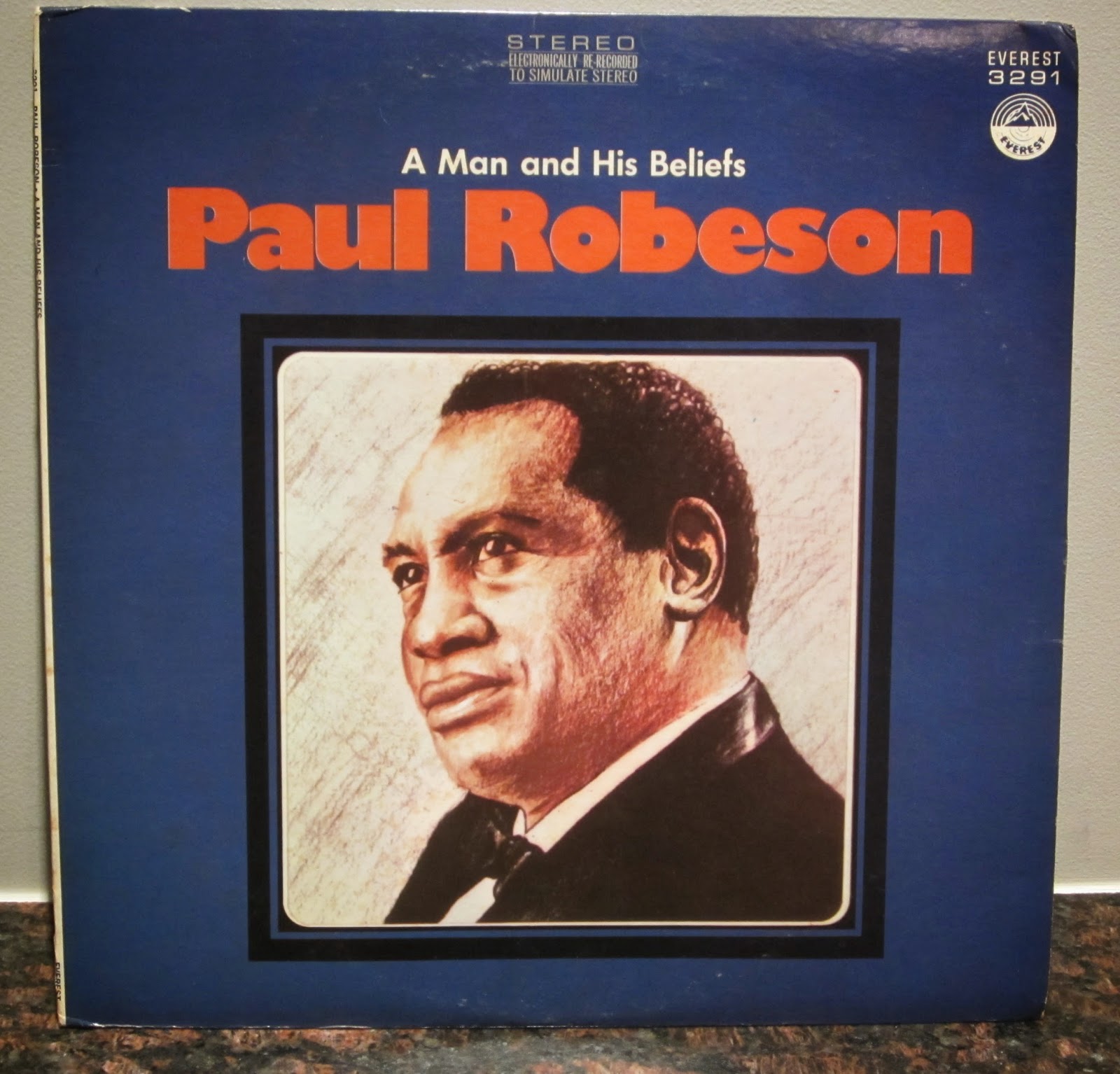 While there last week, I leafed through the vinyl collection and spotted an early Paul Robeson album.  I grabbed and bought it for only a dollar.  While checking out, the cashier (an African-American woman slightly older than me) got excited:  "Paul Robeson!" she exclaimed.  "He's a part of history!"  She called over to the other cashiers (young women) and asked them if they knew Robeson.  None did.  She turned to me with disappointment and said, "These kids, they don't know their history."  I sympathized and told her everyone should know Robeson's story.

Do you know who Paul Robeson is?

Let me start by saying that he had one of the most beautiful voices ever heard.  He was a singer whose vocal talent was extraordinary.  You may have heard Paul's voice and not known it was him -- his rendition of "Ol' Man River" from the musical "Show Boat" is legendary.

Sadly, Robeson's story is tragic.  Born at the beginning of the last century, Paul performed to great acclaim on stage and in movies.  He was internationally famous.  But he had strong political beliefs and became active in the civil rights movement.  These beliefs made powerful forces organize against him.  He was investigated by the government during the disgraceful McCarthy era and was blacklisted which meant his career was thwarted.  Even his passport was revoked so he couldn't travel and make money.

But his art lives on.  I enjoy listening to his music and recommend it to you.
Posted by Shybiker at 12:05 PM