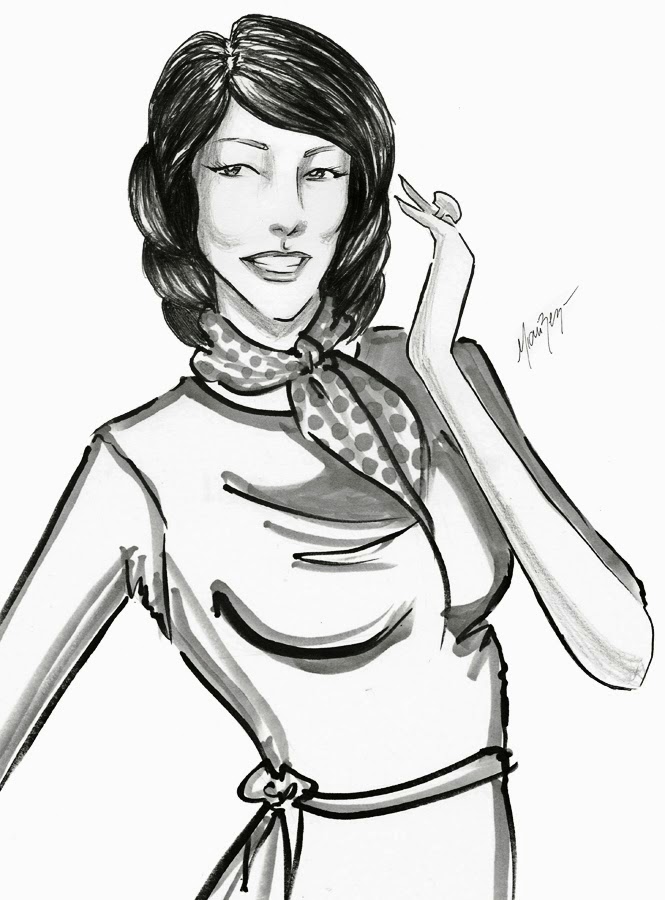 There's no better way to spend a nice Sunday in Summer than meeting a blogger-friend in person for the first time.  That's what I did today.

I've known Michi for years, but only online.  She lives in New York but is reclusive and hard to draw out into the open.  Like a skittish doe, Michi fears hunters who want to shoot and mount her head on their wall.  I was carefully slow in approaching her; I didn't break any twigs or make loud noises.  I held out my hand with a treat and she cautiously nibbled on it.

Seriously, what attracts me to Michi is her exceptional artistic talent.  She draws, she photographs and she creates art.  I bought a beautiful fashion illustration of hers early on and she later gave me a second one as a birthday gift (shown at left).  For anyone in the New York area, Michi is currently doing boudoir photography.

We met and spent time at a lovely tea parlor in the West Village of New York City.  The perfect setting for a relaxing, wide-ranging chat.  Discretion prohibits me from disclosing its content but I found Michi as charming IRL as she is online.  In fact, she exceeded my expectations by a wide margin.  Michi possess intelligence not only of the cognitive kind but also of the emotional kind.  She perceives the world in much the same way I do.

I was pleasantly surprised at our conversation which included Michi asking me probing, insightful questions.  Her questions forced me to think about important subjects and confront illogic in my head.  It's a rare friend who can help you improve this way.  I appreciated it and enjoyed her company immensely.

Michi prides herself on wearing only black.  While you might think that's limiting, it isn't when you have as much style in your pores as she has.  For example, who wouldn't want to look this good?! 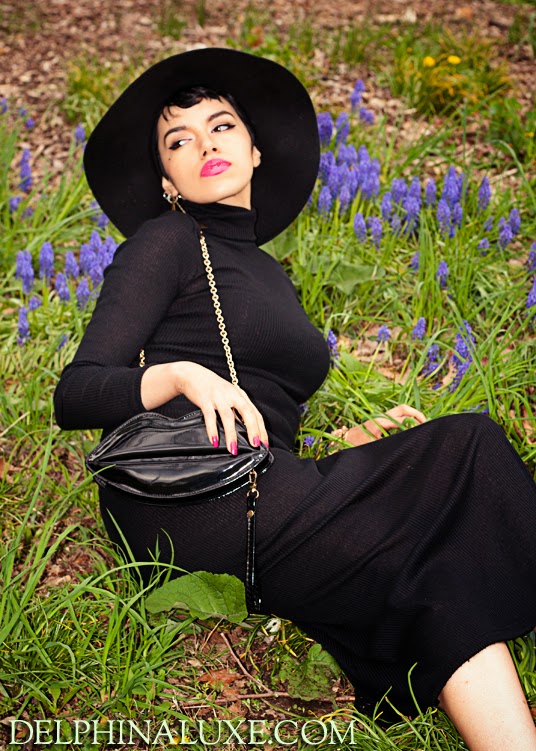