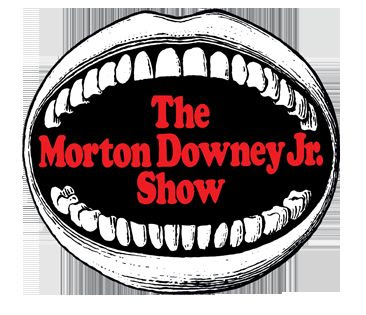 There are events which serve as catalysts to our culture -- events that transform what our society is into something else.  One of those events was a TV talk-show aired in the 1980's called "The Morton Downey Jr. Show."  It's important to know about this show as it changed the face of television and led directly to what we watch today.  I saw this change first-hand and was startled by it.

Back in the 1980s, TV was tamer than it is today, especially during daytime hours.  The reigning talk-show host, Phil Donahue, was gentle, domestic and nice.  Women watched his show and felt all was good and safe in the world.

Then came Mort.  Morton Downey Jr., the 55-year old son of a famous singer, was abrasive, crude and hostile.  He hosted a talk-show, notably filmed in New Jersey, on which he smoked cigarettes, said outrageous things, yelled at guests and generated huge controversy.  His show went from nowhere to huge prominence in a New York minute.

Have you ever heard of Mort?  If you're old enough, did you see his show? 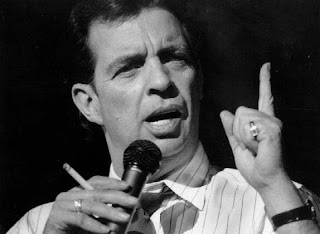 Mort's show pioneered extreme television and laid the groundwork for much of the crap in our media culture today.  The way the show did this was by being explosively entertaining.  Mort tapped into populist anger and, for the first time, gave voice to powerless people dissatisfied with our society.

Mort entertained his audience on a primal level, by screaming insults and threatening violence.  He was the first television performer to jump out of his seat, rush over to guests, get in their face and have you believe a fistfight was going to break out.  His language was inflammatory and his behavior spellbinding.  He developed catch-phrases, like "Zip it!", which reinforced his shocking new approach.

The critical historical point is that Mort's show injected entertainment into news discussion.  For the first time, you didn't fall asleep watching talking heads.  Mort staked strong positions, usually on the conservative side, and debated them with ferocity.  His audience -- always loud and frequently volatile -- was given the opportunity to step up to a platform and express their views.  They did -- and reflected every part of our society including opinions of stunning ignorance and bigotry, views that had never appeared on well-groomed television before.

To learn how our media culture became what it now is, you should watch a terrific documentary just made about Mort's show.  It's called, "Evocateur: The Morton Downey Jr. Movie"  The documentary has great clips of Mort arguing with everyone from Ron Paul and Lyndon Larouche to Gloria Allred and Alan Dershowitz.  Also appearing are such prominent Eighties personalities as Al Sharpton, Mayor Ed Koch, talk-show host Sally Jessy Raphael, Guardian Angel-founder Curtis Sliwa and comedian Chris Elliott.  Impressively, the movie has several amusing animations that illustrate key points and add visual entertainment.  Most valuably, the movie places Mort's show in historical context.

I was surprised to learn from the documentary that Mort began life as a rich kid, although he was haunted by his difficult father and kept away from his mother.  Mort's family lived next to the Kennedys and were closely acquainted with them.  As a young man, Mort even worked for Ted Kennedy, a liberal whose views were the polar-opposite of what Mort later espoused.

Equally surprising is the public disgrace that befell Mort after his show ended.  He falsely pretended to be the victim of a violent attack and, when the truth was uncovered, his credibility was destroyed.  It was an ignoble end to a bumpy career.  Later, in the mid-90's, Mort became deathly ill with lung cancer.  To his credit, he changed his position on tobacco and publicly campaigned against smoking during the last few years of his life.

It's rare when you can pinpoint a precise moment when our society shifts, but I saw that clearly in 1988 watching Mort on television.  Much of what we see now (including reality-TV shows) traces back to that moment.  Mort's show was truly a historical catalyst. 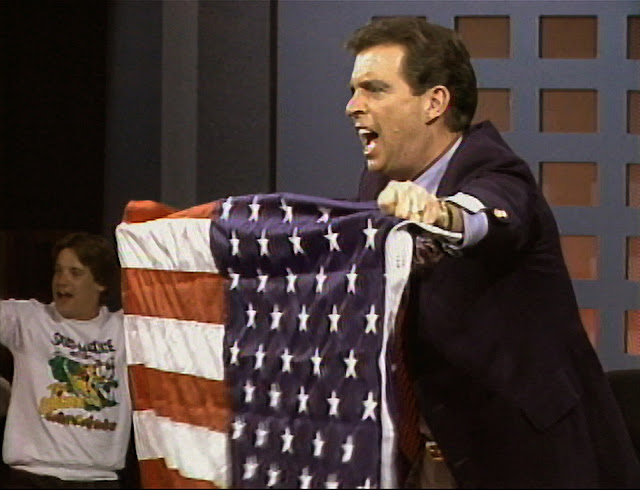