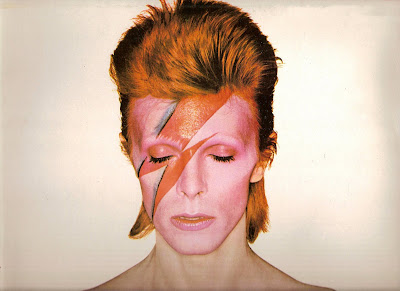 The title is a David Bowie song.  Bowie was a rockstar in the Seventies (and later), best known for his sexual androgyny.  Bowie's music opened a door for sexual ambiguity and widened popular culture's view of gender.

The subject of today's post is change.  Changes I've seen over the past five decades.  Some are subtle; some are dramatic.  They are fascinating if you contemplate them.

What changes have you seen during your lifetime?

- Music came on vinyl records, contained in large cardboard squares with art on them.  The covers told you everything you needed to know about the band and its vision.

- Teens went to "record stores" to browse, hang out and meet friends.  They were fun places with music, irreverent posters and playful pot paraphernalia.

- Old or obscure records were discounted to $1 so it was okay to take a chance on something unknown.  Later, when CDs came out, you never saw a discounted CD because record companies prohibited sales by distributors (in violation of antitrust law).

- Wives always took their husband's last names.  There was no discussion about the subject or "choice" to be made.

- Kids were set free in the afternoon and told to return home by dinner.  You wandered the neighborhood on your bicycle, doing whatever you wanted.  Parents didn't hover or even know where you were.

- Hollywood never caught on to the youth movement, so its depictions of hippies, et al. were laughably unhip.

- Smoking cigarettes was common.  If you protested smoking, you were the oddball.

- When someone talked about driving drunk, people laughed.  It was a joke, not a crime.

- When the police pulled over drunk drivers, they gave them coffee and drove them home.  Nobody got arrested for doing this.

- When the phone rang, you were supposed to answer it.  Calls were important and you didn't duck 'em.