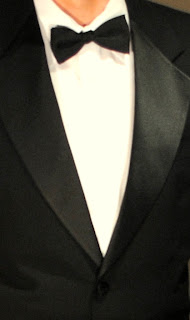 My first event for Cara's challenge involved casual-wear; this second event requires formal-wear.  I wanted to try something completely different.

Believe it or not, I own a tuxedo.  A real one.  The cost of renting a tux is absurdly high so if you have occasion to wear a tux more than two or three times, it's cheaper just to buy one.  So I did.  In my forties, I was going to black-tie affairs often.

Both the male and female versions of this challenge took real effort. To do them justice, I'm going to devote separate posts to each.

I had fun doing the female outfit for this event.  The formality gave me an excuse to glam things up a bit more than usual.  More makeup, fancy long gloves, elegant pumps.

One of my favorite movies is "Moonstruck", which won Cher an Oscar for Best Actress.  It also stars Nicholas Cage and Olympia Dukakis.  There's an important scene in the film where Cher and Nicholas Cage go on a date to the opera and the majesty of the event overwhelms them.  I've been to operas at Lincoln Center in NYC and that reaction isn't an exaggeration.  You really are stunned by the dignity and history of the art-form.

Have you ever been to an opera?  What would you wear to one? 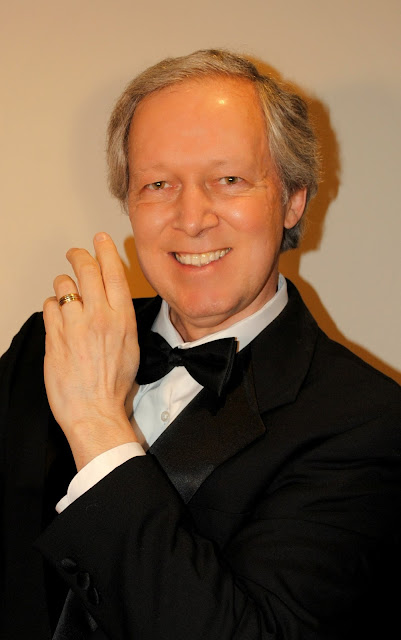 ﻿
P.S., Yes, I know my tie is a little crooked.  When you photograph yourself, stuff like that happens.  I don't sweat it.
Posted by Shybiker at 6:22 PM