Tomorrow promises to be a big night for me.  A symbolic achievement, long awaited.  My first chance, really, to present as female in social setting.

There will be close friends there -- and also some people who have never met me before.  I'm curious how they will react.

I know how I will react.  Excited and nervous at first, then increasingly calm and peaceful.  When I'm allowed to be myself, I experience a wave of serenity that is profound.  Regardless of what I'm wearing, when I'm seen as the person I am, I feel at peace.  Like a leaf floating in the wind.  At tune with nature.

Life, at its peak, can be poetic.

Anyway... I was reflecting on how far I've come recently in a short period of time.  When I was young, I spent my whole childhood futilely trying to get people to see me as female.  I'd do everything to convince them but nothing worked.  Nothing penetrated the social conditioning in their minds which slotted me into the male category.

In late-adolescence, I gave up on being perceived as female.  I adopted a masculine persona and did boy things.  The desire, however, never stopped burning in my heart.  At times, such as when I saw a beautiful woman looking exquisite in her display of femininity, the ache in my chest threatened to burst out of my chest.  The grave unfairness of being forbidden from being my real self colored my view of the world.  While I never considered suicide as many transgendered people do, I did acquire a jaundiced attitude toward social convention.  I deeply disrespect Procrustean forces to conform, to gender-roles and other norms.  I know, in the core of my being, who I am and if society refuses to recognize that, it's society who's wrong, not me. 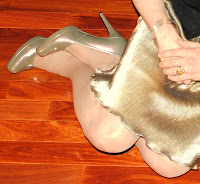 It has only been in the past five years that I started dressing regularly and only in the past two that I took pictures.  Before blogging, nobody ever saw me in female clothes.  Nobody wanted to and I don't impose myself on others.

In the short period of the past two years, my fashion skills have developed from terrible to occasionally adequate.  They can't compete, of course, with yours which were honed over two decades or more of practice and social support, but my abilities have progressed past my expectations.  I'm grateful for that and for you.

In anticipation of this auspicious occasion, I looked back at some of my early outfits.  I experimented and explored, with intermittent success.  Most important, I learned and learned, largely from your comments.

Your feedback, moreover, buoys my morale.  And gives me hope.

Have a nice weekend. 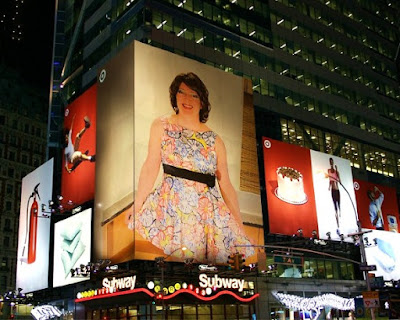