Life Before The Internet 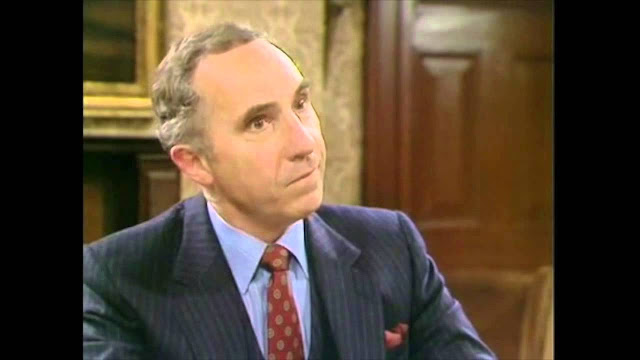 Given how we live today, sharing pictures of coffee on social media, it's hard to remember the fabric of life before the Internet. And yet that existed, for me and everyone else older than thirty.

I got my first e-mail address in 1996. Surprisingly compared to most people, I still use that address (although the company-name changed three times when the business was sold and sold). When did you first get e-mail?

The fact of this sea-change in personal and social experience occurred to me this morning, ironically while reading Facebook. An acquaintance made mention of one of the best television shows ever made ("Yes, Minister" and its sequel "Yes, Prime Minister"). "Yes, Minister" was a British political satire far smarter than anything American TV had the guts to produce. Its lead-actor was one of the most talented, acclaimed thespians ever to act on television, Nigel Hawthorne.

"Yes, Minister" was broadcast in the early Eighties. I watched it on the single television channel here that showed British comedies (where I was also introduced to "Monty Python's Flying Circus").

Nigel Hawthorne performed in dozens of movies, television shows and theatrical dramas. You've probably have seen him in small roles without realizing it. In 1994, Nigel starred as the lead in "The Madness of King George" for which he was nominated for an Oscar.

I was a big fan of "Yes, Minister" so when I heard Nigel was going to perform on the Broadway stage in 1990, I leapt at the chance to see him in person. He was amazing. He played author C.S. Lewis in the play "Shadowlands." (The play was later turned into a movie starring Anthony Hopkins and Debra Winger, both getting Oscar nominations.)

The story climaxes with the death of Nigel's character's true love. Raging with grief, Nigel howls to the Moon in agony. Being physically in the room as this legendary actor bawled with extreme emotion was moving beyond words. It was an experience I'll never forget.

Nigel won the Tony award for that performance, deserved recognition for exceptional achievement.

At the time -- 1990 -- there was no social media to write about my memorable experience. No blog-post, Facebook note or other record now exists to memorialize it. The only place it continues to exist is in my mind. That feels odd now.

If you drink a cup of coffee and don't post a picture, did it really happen?
Posted by Shybiker at 10:21 AM