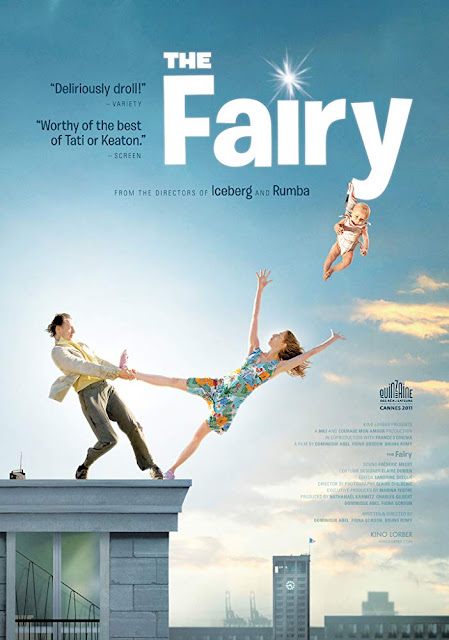 Oh, my goodness! This French comedy is so wacky, so funny it makes me laugh hard. I watched it three times in a row just to enjoy the humor again and again.

The movie is about a woman, Fiona, who believes she's a fairy. She may be or she may be crazy. She falls in love with a bored hotel-clerk, Dom, and they have bizarre adventures, such as dancing at the bottom of the ocean. Fiona and Dom do physical comedy of the sort that hasn't been seen since the early days of the cinema (e.g., Charlie Chaplin).

The movie is obscure so nobody's seen it here in the States, but the couple who made it (from Belgium) are well-known in Europe as comedians. They've been romantically attached since the 1980's and their personal bond shows in the effortless comedy.

I guarantee you've never seen anything like this!
Posted by Shybiker at 4:38 PM