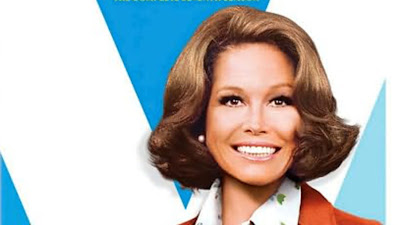 It's hard for young people today to understand the immense cultural significance of Mary Tyler Moore who just died at age 80.  That's because, back in the Seventies, there were very few media outlets. Shows that appeared on the three TV networks were watched by everyone and became central parts of our cultural conversation.

Mary Tyler Moore exemplified this. She was seen as a role model for women, initially with her portrayal as an attractive, helpful housewife on The Dick Van Dyke Show and later as an independent single gal making a living in a Minneapolis newsroom on The Mary Tyler Moore Show. Those roles mirrored the lives of millions of American women. Mary pushed boundaries for women by perkily offering opinions at times when women were expected to remain quiet; she also broke free of the almost-mandatory dresses worn by female TV characters when she donned attractive capri pants. 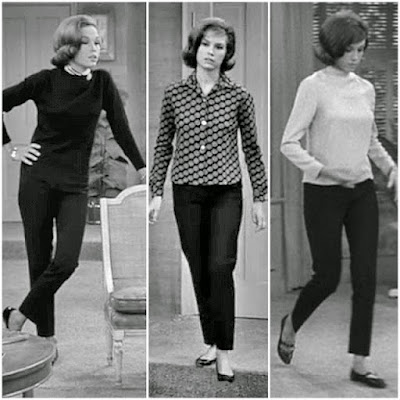 Mary was capable of even more. She shocked viewers with a stunningly unflattering role in the 1980 movie "Ordinary People," for which she won a Golden Globe. Mary also worked behind the scenes as a producer and her company (MTM Enterprises) made several popular shows. Mary's life was darker than many assume; both she and her mother struggled with alcoholism.

I'm glad she had a long life and wish her a fond farewell.

What are your memories of Mary's work?
Posted by Shybiker at 6:34 PM