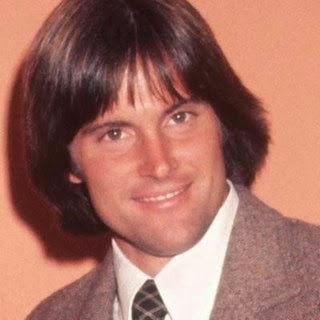 I wrote about Bruce Jenner last November.  Many young people know him only from the Kardashian TV show and not from his heroic achievements in the Olympics a few decades back.  I discussed that laudable history.

In the past year, Bruce has undeniably set course on a journey toward female identity.  He's been keeping publicly quiet about the subject up to now, but it appears he's getting ready to open up.  He's negotiating terms of a blockbuster interview with Diane Sawyer.  Expect it in a few weeks.

I hope this transition goes well for Bruce and that the subject isn't ridiculed or mocked.  Transitioning is always hard; doing it in public is doubly so.  Tabloids have already staked out his comings and going, and one even photoshopped his head onto a woman's body.  If there's public interest in his story, they will continue to post unflattering pictures of him.

An event like this could educate many about an important subject.  Let's hope the story becomes a positive influence in society.
Posted by Shybiker at 8:13 AM