After marvelous experiences with my Holga and Brownie Starflex, I leapt at the opportunity to buy three old cameras this week in a thrift-store. They were ridiculously cheap which is a major attraction. Hobbies are fun when they don't cost much money.

I got an Imperial Mark XII (made in the 1960s), Brownie Starmite II (same era) and a much older Foth Derby (from the 1930s). All look terrific. The Imperial has super-cool retro styling from the Sixties and it's made from real Bakelite. The Starmite, to keep its cost down, was manufactured from cheap plastic. The Foth is very, very heavy metal; it feels like a barbell.

I'm learning the history of these cameras and how to use them. Some take 120-roll film which I have since it's what my Starflex uses. Some take 620 film which sadly isn't made anymore. The solution for that are workarounds where you load different sized film and make adjustments.

The Imperial and Brownies embody mid-century American life -- newly-ubiquitous use of plastic, hip designs, and emphasis on light weight and convenience. In deep contrast, Foth Derby reflects the ethos of Germany in 1930 -- primitive materials (steel and leather) and complicated analog design. It makes you feel like you're holding the Weimar Republic in your hands.

I'll give these beauties a go and show you photos later. Even if the cameras no longer work, they are tangible pieces of history that make great home decorations. 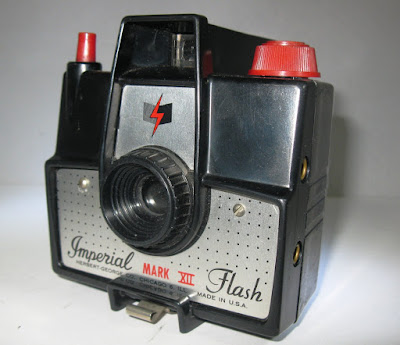 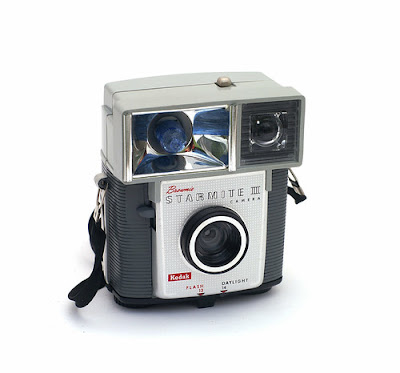 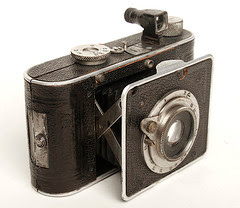