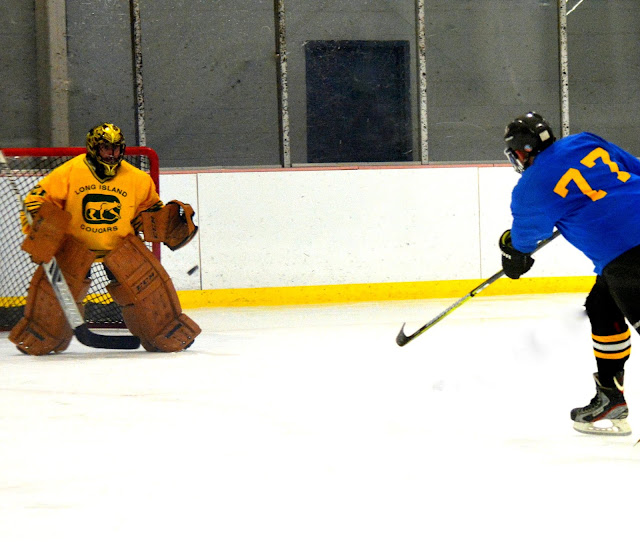 My friend George teaches motorcycle-riding; he also plays hockey in an adult league. I went to one of George's hockey games recently to get an old stick for my Halloween costume. While there, I enjoyed watching George and his teammates play an exciting hockey game.

Afterward I realized it'd be fun to go to one of their games with a camera. It's difficult to capture images in sports as fast as hockey; most of your pictures are of empty space where something happened a split-second earlier but moved on while you're composing the shot.

Here are a few that turned out okay. (That's George in the fourth photograph.) 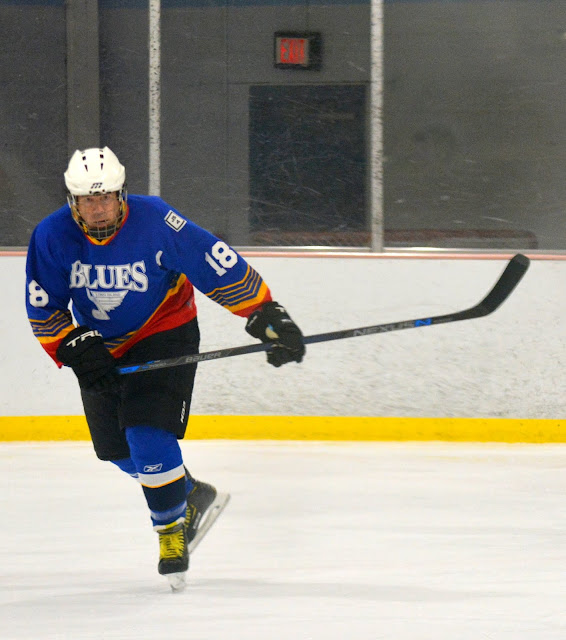 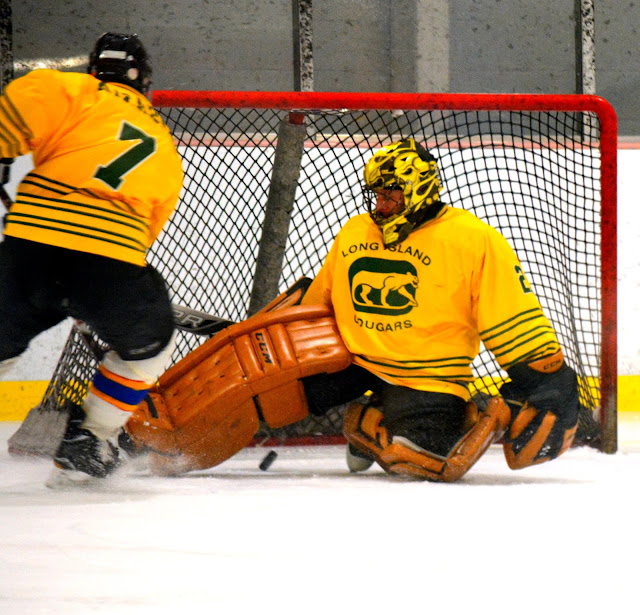 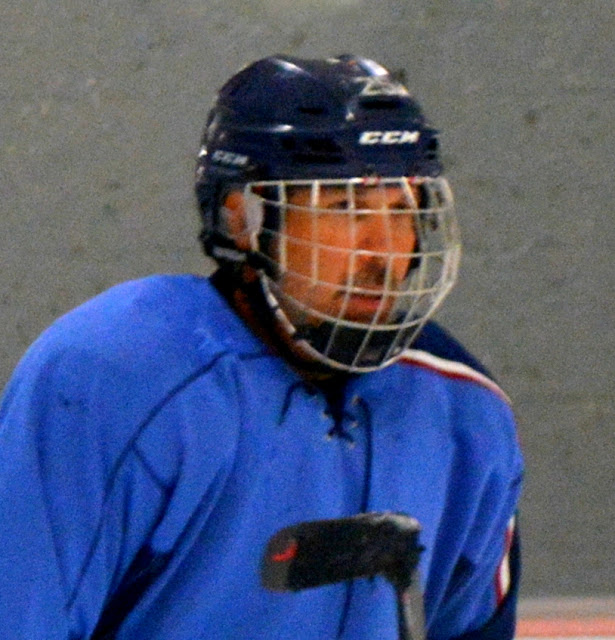 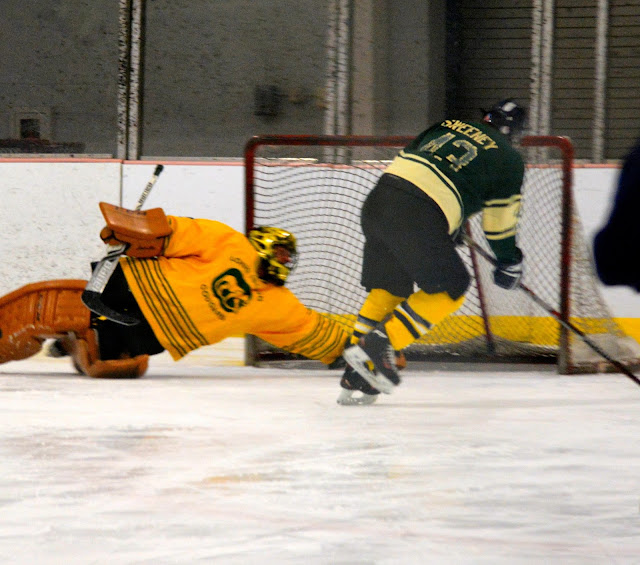 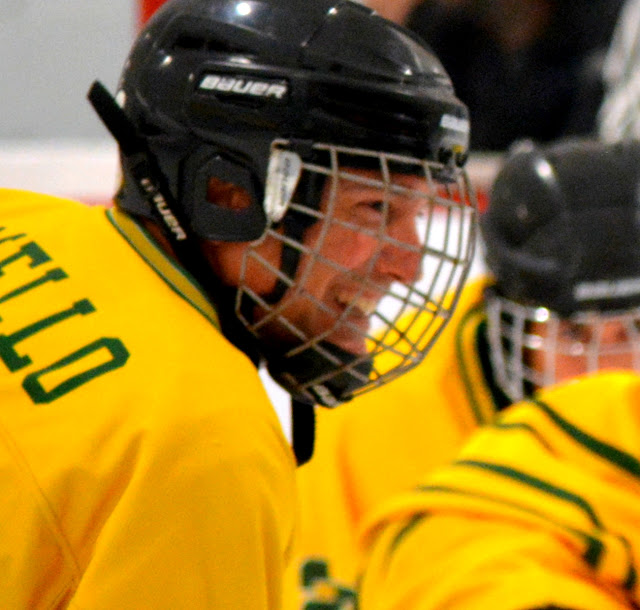 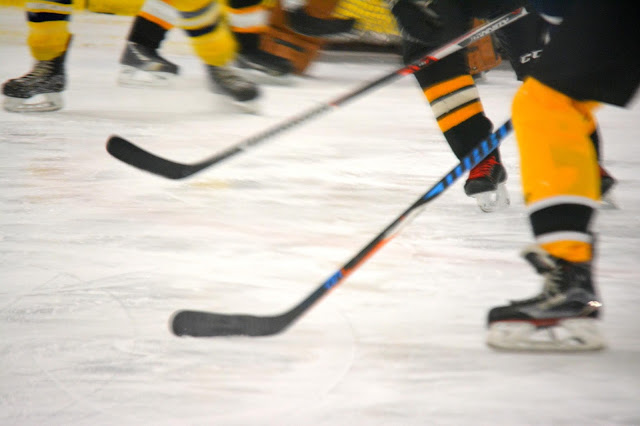