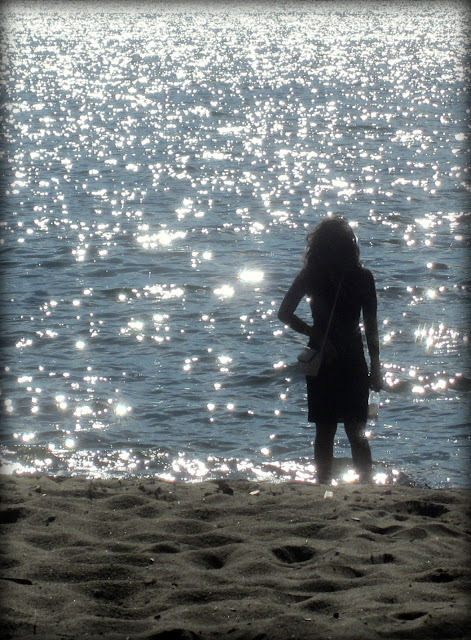 Our blogger-meetup this weekend was a rousing success. Everyone had fun. Despite my apprehension beforehand, I enjoyed myself immensely; my anxiety was unfounded.

There are three reasons it went so well. First, the selection of Vancouver was inspired. Vancouver is rightly considered one of the top five cities in the world for living-quality. The city is a thriving, vibrant place with lots to do. Shopping, dining and other entertainment are everywhere. The city is clean, attractive and pleasant. You get a good vibe when you're there.

The biggest surprise Vancouver had for me is its nature. Unlike most urban locations, Vancouver has wilderness. Stanley Park is bigger than New York's Central Park and in much more of a natural state. The park is surrounded by water and there's a fabulous walkway ringing its edge. Strolling that is a 2-3 hour walk and I did it today with a big smile on my face.

Vancouver also houses the second most popular attraction in Canada -- a shopping mecca named Granville Island. It's huge and has diverse food, clothes and craft offerings. We spent most of Saturday wandering it.

As they say in "Pulp Fiction," it's the little things that stand out. Canadian money is printed on plastic, not paper, which feels funny at first. You get used to it. Also, they don't have pennies -- they did away with them two years ago and it's nice to not have to carry them around. Prices are rounded up or down so the smallest change you'll get is a nickel. There are no dollar bills; instead, they use $1 and $2 coins. The smallest paper-money you'll see is a $5 bill.

The second reason for the meetup's success was the individuals who came. About 20 stylish women travelled from around the world to attend. There were gals from Finland and Florida, East Coast Canada and West Coast, The Netherlands and the U.S.

All the women who came were friendly and nice. We mingled easily and endlessly. By the end of the event, everyone knew everyone and there was lots of interaction.

The final reason it went so well was the thing I worried about ahead of time. The women accepted me. Before the event, I knew only one-third of the attendees, which meant two-thirds of them didn't know me. I worried that, without knowing I'm transgender, some might object to my presence. This is a group of women; I feared some might view me as unwelcome. Fortunately, that wasn't the case.

Every person treated me warmly. Everyone called me Ally and considered me one of the girls. I was deeply touched by that generous attitude.

The dynamic of the group was distinctly female. People were acknowledged and invited to participate in discussions, even shy folk like me. There was no vying for dominance which is what I see when men gather. Everyone cared that everyone else was happy and we reached out to draw everyone into the group. There was not a single person who felt left out.

Suzanne told us there'd be a clothing swap so we should bring an item to give away. At the swap (held in a hotel room), the clothes were dumped on a bed and people started trying them on with mounting loud excitement. I didn't expect that; I just assumed we'd pick an item. Some gals even removed their outer clothing to see if a dress fit and I was relieved at their comfort with my presence. I was viewed as a woman among women -- and that affected me emotionally. I've never been accepted that way in my life, despite craving it for half a century. Combined with the warm friendship in the room, I was deeply moved. This was a momentous experience I'll remember for the rest of my life.

The only downside to our group was the speed at which we moved. Trying to get twenty chatting women to move is like watching a glacier travel. From the time we agreed to go somewhere until the time when we actually left was at least an hour. It was an amusing phenomenon to observe.

I'm grateful to all the bloggers who attended and believe I forged new friendships.

We took gobs of photos which will follow in later posts. I don't want to overwhelm you now. 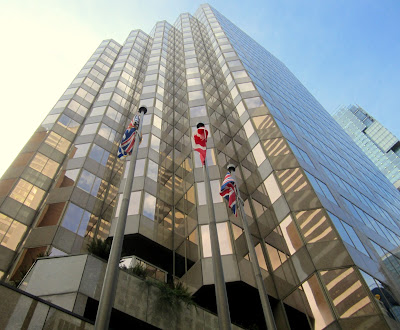 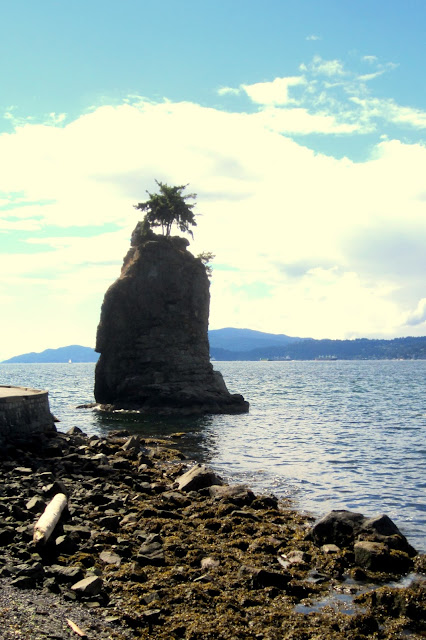 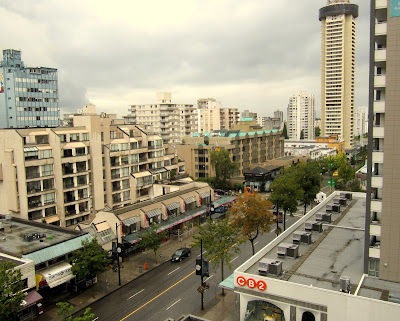